'Byways of Beethoven' proved a side trip well worth taking 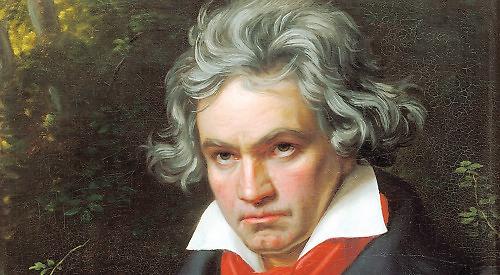 HOW often, on your travels, are you tempted to turn off the beaten track to explore some little byway that might lead to nowhere, the town dump, or hopefully some pleasant escape from the daily rigours of modern existence?

Such a detour off the A4074 on Saturday evening might have taken you to the picturesque little village of Dorchester, where the Benson Choral Society was exploring some musical byways of its own choosing in the imposing and capacious surroundings of Dorchester Abbey.

Sure enough, the choir’s “Byways of Beethoven” concert turned out to be well worth the visit.

The composer’s Mass in C Opus 86 had an unfortunate start in life — its first performance being under-rehearsed and not finding favour with its original dedicatee, Prince Esterhazy, who was used to having his birthdays celebrated with a new mass by Haydn.

The choral society was on fine form and brought out all the beauties and subtleties of this delightful work.

Under the watchful baton of maestro Christopher Walker they gave a well-disciplined, warm and precisely articulated account that matched and blended superbly with the four vocal soloists.

The Elgar Orchestra, with a string section that was scaled down to the size that Beethoven would have used, added finely judged colour — including simulation of natural horn playing in the Credo exactly where it was needed to support the context.

The second piece in the programme, Halleluia from Beethoven’s oratorio Christ on the Mount of Olives, was more like a byway excursion to the town dump.

Sadly, however well performed, the piece does not stand up to the inevitable comparison with the chorus of the same name from Handel’s Messiah.

This was a detour probably selected to fill the gap in an otherwise rather short programme.

Towards the end the basses tried to hurry it along a bit only to be firmly skewered by Maestro Walker’s ever-ready baton. Enough said! The programme concluded with Beethoven’s Choral Fantasia Opus 80 — written in haste originally to fill a gap in a programme that was overlong already, featuring as it did Beethoven’s fifth and sixth symphonies, his fourth piano concerto and excerpts from the mass we had just heard.

The piano soloist, Anita D’Attellis, brought out all the pomp and grandeur inherent in the long, solo introduction.

How it sounded on a primitive pianoforte of Beethoven’s time must be left to the imagination. On a modern concert grand it filled the abbey impressively.

The choir and the six vocal soloists that the score demands joined the piano and orchestra to do full justice to the finale — a full-blooded outpouring of joy that actually requires strong discipline and sensitive balancing of sound to achieve the intended effect.

The result was most gratifying, leaving us all with nothing left to do except to applaud rapturously and meander back on to the A4074.

A detour that was well worth taking, methinks!