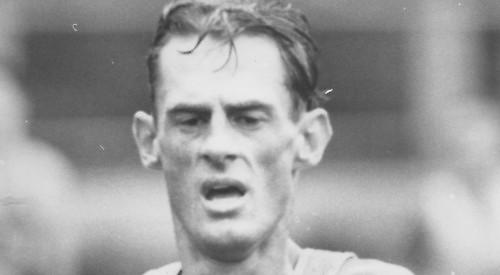 ALAN PHILLIPS, who was born in Brighton on June 27, 1929, passed away peacefully at the Royal Berkshire Hospital in Reading at the age of 90 on July 11.

Alan’s early years were dominated by athletics, so perhaps it was no surprise that he headed to Loughborough University in 1949.

He was Loughborough half-mile champion among many other titles and his connection to the university continued until very recently as he attended annual reunions.

He was also awarded a Bachelor of Science for his achievements in 2009.

A short spell in the RAF as a physical training instructor was followed by his first job as a PE teacher at Norwich School in 1954 where he stayed until 1963.

This was his dream job as it enabled him to inspire both the staff and students with his love of running.

A move to industry followed as he landed a role in personnel for ICL Computers, firstly in Putney and then transferring to Reading.

It was this move that led to him relocating to Henley with Margaret and Pauline in 1965, having discovered the town on an exploratory run along the River Thames.

The move to Henley and exploring the local area refuelled his running career and led to ever- increasing distances in training. He would run to Reading and back as part of his daily commute during the week and on Sundays would often complete a 30-mile run.

Alan was no ordinary athlete and quickly gained a reputation in long distance running circles.

In 1966, on a wet autumn morning in Walton Heath, everything came together when he set a new world record for 50 miles of just over five hours and, for good measure, beat the 40-mile record on the way.

He later described running the last seven miles as being like an out of body spiritual experience where he was looking down on himself.

Perhaps inevitably, running started to take its toll on Alan’s joints and so he moved his attentions to other hobbies.

In the late Seventies he joined the Henley Players, which would prove to be a passion for many years to come.

Alan appeared in more than 100 productions, including an appearance at the Edinburgh Festival.

A return to education followed in the early Eighties when he became computer centre manager at the Bucks College of Higher Education in High Wycombe, combining his experiences in computing at ICL and his passion for teaching. Here he stayed until retirement. There was a further return to top-level running in the mid-Eighties, this time as a veteran.

He finished in the top five at both the Henley and Reading half marathons and had many first veteran placings, often in the over-40s category despite him being in his mid-fifties.

Ultimately, Alan’s body would no longer allow him to run, so he needed something else to help keep him busy and fit.

In the mid-Nineties he turned to swimming.  As with athletics, nothing was done by half measures. He would be seen ploughing up and down Gillotts pool every morning, barely missing a day in 25 years.

He revelled in setting himself challenges, such as 85 lengths on his 85th birthday and then carrying on to 100. Over the past 10 years, Alan became an active member of Phyllis Court Club in Henley, including a spell on the One Club committee, where he enjoyed the challenge of organising many outings, including those to the Brighton Vintage Car Rally, Bletchley Park and many river cruises.

Equally, he enjoyed the evening jazz sessions or simply sitting outside on the terrace watching the world go by with a good cup of tea and piece of cake.

Alan lived life to the full and is now having a well-earned rest.