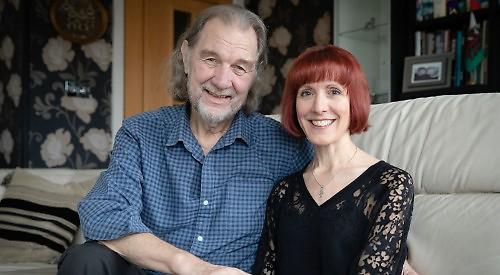 A RETIRED Fleet Street photographer who was called the “most acclaimed of his generation” by his former newspaper has died.

John Downing MBE worked for the Daily Express for 40 years, during which time he visited more than 100 countries to chronicle wars, natural disasters and other crises.

The 79-year-old, who lived in Reading Road, Henley, with his wife Anita D’Attelis, passed away in the early hours of Wednesday last week.

He had been battling cancer since December 2018 and it was his wish to remain at home under the care of Sue Ryder’s palliative care hub in Nettlebed.

While in service he was shot at from a helicopter by government forces in Nicaragua, interrogated in a Ugandan police station by Idi Amin’s henchmen and almost blown up when the IRA bombed the Grand Hotel in Brighton.

Mr Downing was born in South Wales on April 17, 1940 and moved to London with his family when he was eight.

He took up photography aged 13 and three years later started an apprenticeship with the Daily Mail in Fleet Street, during which time he photographed Rudolf Nureyev’s first performance in Britain.

After completing the apprenticeship, he moved across the street to the Daily Express and put himself at the front of the queue for foreign assignments by ensuring all his vaccinations were up to date.

His first job was the 1971 war in East Pakistan, which led to the creation of Bangladesh, during which he won several awards for his photos taken in refugee camps. One striking image depicted a Western nurse attempting to calm down and vaccinate a terrified young Bangladeshi boy.

Mr Downing was sent to Uganda the following year and was soon arrested in a crackdown on foreign journalists.

He had a gun held to his head and was assaulted during questioning but kept his cool and was released unharmed.

He captured several exclusive shots of the station’s holding cells, which were dubbed the “black hole of Kampala”.

In 1984 he was the only photographer inside the Grand when the IRA targeted Prime Minister Margaret Thatcher at the annual Conservative Party conference.

After ensuring the safety of a fellow guest, he took a series of shots just seconds after the blast and several more of an unfazed Mrs Thatcher being rushed to safety.

During the Eighties, when Mr Downing was promoted to chief photographer, he spent time with the native mujahideen fighters of Afghanistan as they resisted their country’s occupation by the Soviet Union.

He also followed the so-called “contra” rebels who were fighting against Nicaragua’s left-wing Sandinista regime and had to flee his boat when troops opened fire on him from above.

Mr Downing’s career also took him to Vietnam during the tail end of the war and to the area around Chernobyl just one year after the nuclear disaster.

Closer to home, he photographed elderly residents being rescued by boat during floods in Surrey in the Sixties and attacks on the street by gangs of “skinheads” a decade later.

Mr Downing was named British press photographer of the year seven times, among other accolades, and awarded an honorary fellowship of the Royal Photographic Society in 2011.

In an interview with the Henley Standard last year, he said: “I keep looking back and thinking what a good time I had.

“The thing I’m most proud of is that newspapers used to be people’s main source of information and as a photographer you have got to be the eyes of the reader.”

In 2004 Mr Downing met his wife, a professional pianist, through the London Welsh Male Voice Choir, with which he continued to sing until the later stage of his illness. Ms D’Attelis was the choir’s accompanist.

The couple were married in 2007 and moved to Henley in 2012 to be nearer Eton College, where Ms D’Attelis had just secured a teaching job.

They joined Phyllis Court Club and the town’s canoe club and Mr Downing was also a volunteer lock-keeper at Shiplake.

Following a period of worsening illness, he was diagnosed with malignant mesothelioma, a cancer of the lining of the lungs, which typically develops years after exposure to asbestos.

He compiled his book at the suggestion of friends and was helped by three former colleagues as well as the Getty photo library, which now holds many of his images and allowed him to use them free of charge. A crowdfunding campaign to meet the publication costs raised £30,000.

Mr Downing leaves behind his wife, his son Bryn from a previous marriage and granddaughters Olivia, 16, and Madeleine, 13.

A small, private funeral will be held followed by a larger celebration when the coronavirus pandemic has passed.

His family urges wellwishers to make a donation to Sue Ryder’s emergency appeal.