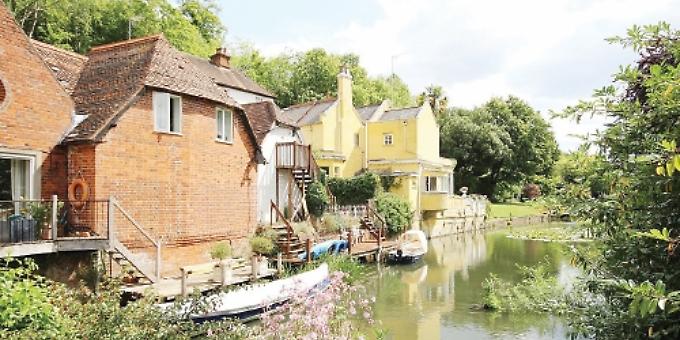 VIRGINIA Water is now the UK’s only “million pound town” when it comes to house prices.

According to the latest research from Lloyds Bank, the prime Surrey commuter belt town is now the only place in Britain where the average price of all house sale is more than £1million.

Sarah Deaves, private banking director at Lloyds Bank, said: “In the first half of 2015 there were three ‘million pound towns’ in Britain — Virginia Water, Cobham and Beaconsfield.

“But according to our data, a recent fall in the average price of homes sold for more than a million pounds has left Virginia Water as Britain’s only ‘million pound town’.”

The research shows that the average price in Britain’s most expensive town outside London is £1,082,286.

The second most expensive town is Cobham in Surrey, where average house prices fell by five per cent to £987,836 in the first half of 2016 — taking it just below the “million pound town” status it held back in 2015.

A prime example of what £1million will buy you in Henley is four-bedroom Dial House in Wargrave Road. This riverside property — pictured above — has garage/parking, period features and a 29ft mooring. Call Davis Tate on (01491) 412345.