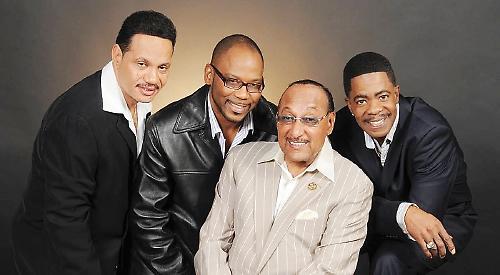 MICHAEL BOLTON, the Four Tops, Lulu and Grandmaster Flash are to perform at this summer’s Rewind South festival for the first time.

The event, now in its 11th year, will take place on Temple Island Meadows in Remenham from Friday to Sunday, August 16 to 18 with a line-up described by organisers as the most diverse yet.

Bolton, who has sold more than 75 million records worldwide, including American chart-toppers How Am I Supposed To Live Without You? and When A Man Loves A Woman, will give the closing performance on the Sunday night.

Motown superstars The Four Tops, best known for their hit single Reach Out I’ll Be There, will be led by founder member Abdul “Duke” Fakir and will also feature soul singer Ronnie McNeir, who has been a member since the Eighties.

Lulu, whose career took off in the Sixties with the singles Shout! and To Sir With Love, will be playing in this area for the first time since 2012, when she headlined the Henley Festival alongside boy band Blue.

Hip-hop DJ Grandmaster Flash, who pioneered the genre in the early Eighties with singles including White Lines and The Message, will open the festival on the Friday evening with a performance on the Forever Stage.

The opening act on the main stage will be disco duo Sister Sledge, who invited members of the audience to come up and dance alongside them when they last played at Rewind in 2014.

It will be compered by Doctor and the Medics frontman Clive “The Doctor” Jackson and Eighties singer Toyah Willcox.

Other attractions will include comedy performers such as Milton Jones, DJ sets, family sports days, circus skills workshops and giant bubble parties with more to be confirmed over the coming months.

Up to 40,000 people are expected to attend this year and that figure could increase if organisers are given the go-ahead by Wokingham Borough Council to increase capacity to 23,000 on each day. They hope to expand to 30,000 daily by 2022.

As usual, visitors will be encouraged to wear costumes themed around Eighties culture, from television shows and films to pop and rock stars and even computer game characters.

Event manager Katt Lingard said: “Following our milestone 10th anniversary last year, we’re excited to take Rewind into the future with a celebration of not just Eighties artists but also legends whose influence spans far beyond the decade.

“We are welcoming a host of fantastic artists who will be performing at the festival for the very first time and it’s going to be a fantastic three days at Temple Island Meadows with something for everyone.”

Weekend camping tickets cost £140 per adult or £45 for children aged 10 to 17. Two-day or three-day tickets are also available. Guests may hire upmarket tents, teepees and yurts for an additional charge and a limited number of campervan pitches and riverside moorings are also available.

The festival also offers a VIP area with a private bar, spa treatments, table service and other extras.