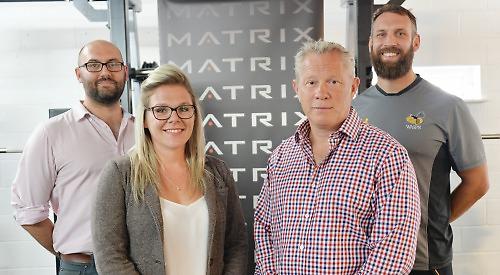 HENLEY Rugby Club has announced a new partnership with Wasps.

Dry Leas will be the home for the Premiership club’s southern academy for the next three years.

It will hold weekly training sessions at the ground in Marlow Road for more than 30 players. This includes sessions in a newly equipped weight room and use of the first team pitch for drills.

The southern academy had been based in Aylesbury for a few years, since Wasps relocated from High Wycombe to Coventry in 2014.

Kevin Harman, head of recruitment for Wasps, said the area was a hotbed for talent.

He said: “We’ve been looking for a more practical base in the south for the last 15 months.

“We have worked in partnership with Henley for many years as it had been used as our A-league base.

“It is a good base for us on top of our main site in Broad Street, Coventry. We have a massive geographical area covering Buckinghamshire, Oxfordshire and Warwickshire.

“We need somewhere in the south because it saves parents having to travel as far.”

Dry Leas will also be used for at least one academy fixture and one Wasps second-team fixture this season.

Alistair Beynon, Henley Rugby Club’s commercial manager, said the club would provide its site on Monday nights every week to Wasps. The two clubs have agreed the arrangement on a three-year deal.

He said: “Wasps and Henley have a very successful history going back 15 or 20 years. Obviously in recent years they moved to Coventry and that partnership fizzled out. Wasps were looking to branch back into the Thames Valley area. They decide to relocate here from Aylesbury, which is great news for us and it means we can rekindle that partnership.

“It’s really good for us and there may be a point in a couple of years where some of the academy boys go in the Hawks squad.”

The Wasps academy also has a player development partnership with The Henley College. The programme provides aspiring young rugby players with the opportunity to train in a professional rugby club environment alongside furthering their education.