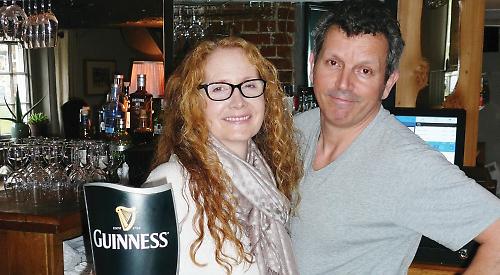 THE Red Lion pub in Britwell Salome has new landlords for the second time in 15 months.

Stephanie Bouet and her husband Olivier, a chef, have taken over from Alison Green, who had been at the pub since January last year.

They have redecorated the pub and introduced a menu offering “modern European” food.

The couple ran the Sweet Olive in Aston Tirrold, where they live, for 12 years before taking a break for a year.

Before that they worked in the catering industry in Morocco, the south of France and the Caribbean.

Mrs Bouet, 51, said: “The opportunity came up at the Red Lion and we just wanted to start feeding people again really. It seemed like a perfect opportunity as it’s a lovely pub.

“The villagers have been very warm and welcoming. They are just very happy to have us here. We want to keep it as a community pub so the locals can enjoy it and have a pint and hopefully people can enjoy the food in a lovely atmosphere.” Mrs Bouet said her husband, also 51, was passionate about food.

The menu includes starters of calves’ kidneys and black pudding with chilli and basmati rice and Mediterranean fish soup with cheese, garlic mayo and croutons.

Mrs Green took over the pub following the departure of Andrew Hill and his partner Eilidh Ferguson and also ran the Red Lion pub in Upper Basildon for six years.

Mr Hill and Ms Ferguson, who won several awards during their tenure.