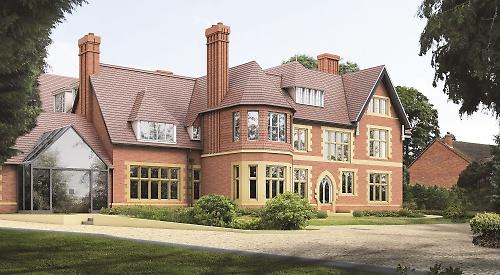 THE owner of a disused care home in Whitchurch has revived its long-running battle to demolish and rebuild it.

Majesticare is appealing against South Oxfordshire District Council’s decision to refuse the company permission to knock down Eastfield House, a former Victorian residence in Eastfield Lane, and build a purpose-built complex with 48 bedrooms.

The planning application, which was rejected in January, was the latest in a series of proposals aimed at building a bigger facility on the land.

Majesticare says the old 27-bed home, which it closed in 2016, was no longer fit for purpose because access from the outside was uneven, as were some of the floors inside, so it didn’t comply with accessibility laws.

In 2013, the company was granted permission to extend the existing building to 45 beds but it doesn’t believe this would overcome its limitations.

The district council said the latest plans would result in the loss of an “important” building in the Whitchurch conservation area and the proposed replacement would fail to mitigate this, even though it was designed to imitate the style of the original and reuse some materials.

Majesticare, also known as Ross Healthcare, argues that the council hasn’t prepared an appraisal of the conservation area, meaning it cannot demonstrate which aspects are important or why they were selected for preservation.

It points out that the Government declined a request to list the building in 2010 and English Heritage said it was an “attractive but uninspired” example of a Victorian house. The company says the home is near Pangbourne, which has shops and services that residents could use as well as a railway station and bus services.

The proposed home would have en-suite showers in every room, which the old one lacked, plus a café, restaurant, dining room, salon, cinema, day rooms and a landscaped garden. It would create 40 permanent jobs.

Before submitting the application Majesticare held a public consultation which found 44 per cent of villagers supported the principle of redevelopment.

Fifty-nine per cent didn’t support the proposed design, saying they wanted to keep the old building and feared a larger one would cause traffic problems in Eastfield Lane.

The company claimed the existing home didn’t cause congestion and it had commissioned research which proved it was unviable.

It also commissioned a review of the design which concluded it would “positively enhance” the character of the area, especially as several modern extensions to the rear would be demolished.

The district council conducted a separate study which claimed the old home could still survive but Majesticare said this should be ignored as Adams Integra, the housing consultancy which wrote it, wasn’t a care specialist and made methodological errors.

It says more than 1,110 care homes in Britain have closed since 2014 while only 661 have been built despite an aging population and many existing homes don’t meet modern standards.

It says there is a shortfall of 403 care beds within 10km of Eastfield House and this could almost double by 2027.

Majesticare’s agent West Waddy, of Abingdon, told the Planning Inspectorate: “The appellant strongly disagrees with the reasons for refusal... it has provided evidence that the previously consented scheme is not viable and will not come forward to implementation.

“The proposed subject of this appeal is viable and could come forward and the benefits of this should be afforded their full corresponding weight… the property has a limited nature of alternative uses.

“The council has under-appreciated the delivery of 48 care rooms for the elderly in such a highly accessible location. It concludes merely that this would ‘play a social role’ but does not define the weight to be afforded to the social benefit.

“Since its closure the property has suffered from vandalism. Without intervention, and despite security measures, the current situation would likely remain.

“There are a wide range of social, economic and environmental benefits and these clearly outweigh any adverse impacts. This proposal is considered the best solution for the site’s future.”

Whitchurch Parish Council opposed the application, as did several dozen villagers who said they didn’t want to lose an historic building and it should be converted into regular housing if necessary.

Majesticare first sought to demolish the home and build a 47-bed home in 2010 but was refused. It applied for the extension in 2011 and won its appeal two years later.

It then filed several applications to demolish and replace the building either in full or in its majority preserving only the front facade, which were declined.

The property was built in 1880 by William Blyth, whose family had historic links with Whitchurch, in memory of his late brother Edward.

It became a care home in the Eighties and Majesticare took over in 2002.

The appeal will be decided by written representations and comments are being accepted until July 8.