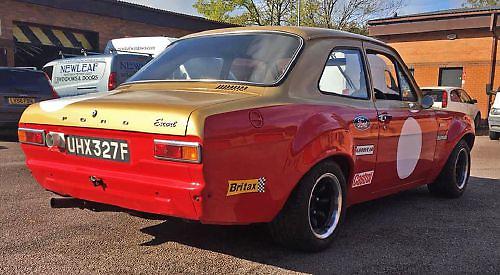 BURGLARS stole a classic car worth £60,000 from a racing driver's home in Whitchurch.

The gang drove off in the replica Ford Escort Mark I, which belongs to former British Touring Car Championship driver David Brodie, after breaking into an adjoining property off High Street on Sunday.

They made off in the vehicle, which was built by a late friend of Mr Brodie's in the Nineties.

The thieves managed to start it even though the owner, who was sleeping in bed and heard nothing, had disabled the electrics.

They opened an electric shutter to escape a storage yard and were last seen speeding over Whitchurch toll bridge towards Pangbourne at about 11.55pm.

The car is a replica of those built by the Alan Mann Racing team and has the registration number UHX 327F. It has red sides with a gold top although Mr Brodie believes the thieves may respray it white to look like a regular Escort of that era.

Anyone with information is urged to contact police on 101.