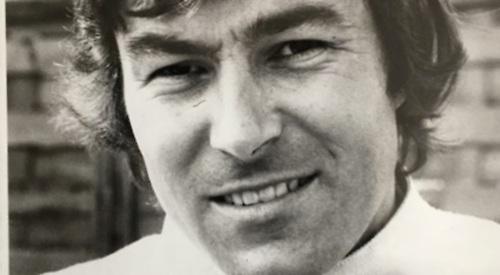 BURGLARS stole a replica classic car worth £60,000 from a former racing driver’s home in Whitchurch.

The gang made off in the 1968 Ford Escort Mark I facsimile, which belongs to former British Touring Car Championship racer David Brodie, after breaking into an adjoining property off High Street.

They quietly removed a window pane and then threw cushions on the floor to soften their landing as they jumped inside. They then made their way to a central yard where the car was stored.

After opening an electric shutter leading to the main road, the thieves managed to start the car engine even though the electrics were disabled. They either quickly rewired it or pushed it out then rolled it down the hill while forcing the ignition barrel with a tool.

They were captured on CCTV speeding over Whitchurch toll bridge towards Pangbourne at about 11.55pm on Sunday, June 7.

They were followed by a Nissan which may have been acting as a backup getaway car.

Mr Brodie’s wife Peggy, who runs the Modern Artists Gallery at the front of the house, noticed the car was missing the following morning and alerted her husband, who called the police.

A police forensics team spent a day combing the scene for evidence.

Mr Brodie, 77, is appealing for information through the classic car network across the country.

A few days after the theft, he received a phone call from a woman who claimed to have a connection to the culprits and said she felt guilty about what had happened.

She said they lived in the area and gave a name which Mr Brodie passed to the police.

The car, which was built by a late friend of Mr Brodie’s in the Nineties, is a replica of those made by the celebrated Alan Mann Racing team. It has red sides with a gold top and and has the registration number UHX 327F.

He helped his friend Les Lyons to find parts for the car.

When Mr Lyons died in 2007, he promised to help the family sell it for a good price but ended up buying it himself after receiving only “derisory” offers.

He had been storing the car at a unit in Northamptonshire but moved it to Whitchurch just a few days before it was stolen.

Mr Brodie believed the Escort would be safer at home because he had the shutter, which can only be opened from inside, and his house is surrounded by a high wall.

He believes the car was spotted by opportunists while he was relocating it and they must have cased the property to figure out the best way to break in.

Mr Brodie said: “When I saw the empty yard on the Monday morning, I couldn’t believe it. Then I saw the car cover lying on the deck and the open shutter and realised it had been stolen.

“The thieves knew exactly what they were doing and obviously planned it well because there’s no other way in here. You can’t get over that big wall — I tried once when I got locked out and lost a decent pair of trousers.

“I honestly thought there was no way of getting to it.

“I reckon they snuck in earlier when the shutter was up and had a little look around to plan their way in. They didn’t have a trailer so they must have been confident that they’d be able to start it.

“It’s quite a noisy car but we’d gone to bed about an hour earlier and didn’t hear a thing.

“It sticks out like a Christmas tree and, on the few occasions where we had the shutter open, there were drivers slowing down to peer in and drool over it. You couldn’t drive it down the street without being noticed.

“There has been a furore all over social media and I hope something will come of it. My wife thinks they’ll have a change of heart and bring it back but that isn’t how these people think — they just see their victims as mugs. I’m so angry and can’t say what I’d like to do to them.

“It’s a beautiful, faithful replica and I believe it was stolen to order. The buyer was probably told it’s an original and will be driving it around with no idea of the sentimental value, which is very sad.

“Even if they find out, they’ll probably panic and sell it under a new identity rather than tell the police.

“Les was a wonderful man and his family trusted me to look after it after his death, so I’m so angry at myself because it was taken from right under me.

“I feel like I’ve let them down and can’t bring myself to call them, although I’m sure they know by now.”

Mr Brodie — also known as The Brode — competed in more than 700 races, driving saloons, sports cars and Formula 3 single-seaters. He won his debut race at Silverstone in the late Sixties.

He enjoyed his best season in the BTCC in 1985, when he finished fourth overall.

He has held lap records at every circuit in the UK and is the seventh most successful driver to have raced at Brands Hatch.

In 1973 Mr Brodie was one of three drivers who were severely injured in a crash at Silverstone. He nearly lost a leg and spent four months recovering in hospital.

One of the other drivers was David Matthews, who went on to become Pippa Middleton’s father-in-law. The other, Gavin Booth, later died of his injuries.

Mr Brodie became a director of the British Racing Drivers’ Club and now runs a vehicle tuning company in the Midlands.

The car’s distinguishing features include a “bullet”-style mirror on the driver’s door and a single windscreen wiper on the driver’s side. It has rectangular headlights, 16in alloy wheels and is fitted with a 155bhp Lotus Twincam engine.

Thames Valley Police confirmed they were investigating. Anyone with information is urged to call police on 101 or email Mr Brodie via www.whitchurchonthames.com