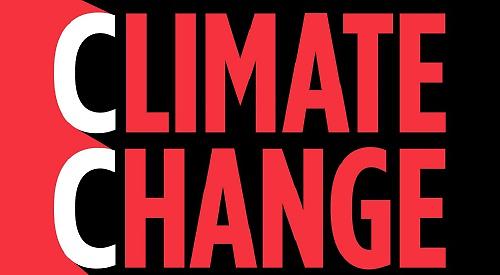 AN environmentalist has written a book about what should be done to effectively combat climate change.

Dr Peter McManners penned Face Up to Climate Change: Demand Change Now as a call to action as he argues that there is a way out of the world’s climate emergency.

However, he says there needs to be greater “realism” than that ofered by the United Nations Framework Convention on Climate Change.

Dr McManners, who is a founding member of the Pangbourne and Whitchurch Sustainability Group, believes little will change unless we stop relying on fossil fuels.

He said: “In the 21st century, we should now be taking the leap forward beyond the primitive technology of fossil fuel. Instead of building on the gains of the past, abandoning outdated methods and developing new capabilities, we seem to have lost our mojo.

‘The first world climate conference was held more than 40 years ago in Geneva. We understand what is happening and why, but little has been done in response. This is a colossal failure for which we are all responsible.

“No one should claim: ‘Not me, guv’. We all know the situation and we are all guilty of doing next to nothing. Even those people who are making changes in their own lives, such as reducing their carbon footprint, are not doing enough to push politicians for change which applies to everyone.

‘To address climate change, a downturn in the current fossil-fuel economy was inevitable eventually. The coronavirus pandemic has got there first.

“There is now a wonderful opportunity to rebuild a broken economy into a vibrant new economy redirected away from dependence on fossil fuel.”

Dr McManners lives in Pangbourne and is a visiting fellow at Henley Business School at Greenlands, where he leads the sustainability module.

He says the changing climate is leading to record temperatures and increasing frequency of storms, which is just the start of the problems the world faces.

Dr McManners believes it has become “abundantly clear” that a bold approach is needed to pull back from the brink and says fellow campaigners like Greta Thunberg should be admired.

But while he says it is important to understand why groups such as Extinction Rebellion exist, without a clear agenda for change, protests will have little lasting impact.

“This book provides the manifesto that protesters and environmentalists need,” said Dr McManners. “It takes a laser sharp look at climate change, why we are failing to address it and what should be done.

“It criticises the current weak response but moves quickly from criticism to proposing how to move forward. Protest groups such as Extinction Rebellion make a lot of noise and cause disruption but ultimately fail because they don’t know what to demand.

“It states clearly the need to close down fossil fuel without delay. Individuals making change within their own lives will make little difference. The solution is to demand even bigger changes which apply to all.”

His first career was in the army, where his last post was as a Lt Col and head of operations division for the UK Defence Geographic and Imagery Agency.

After completing an MBA, he had roles as a chief operating officer involved in incubating high technology companies and chief executive in the not-for-profit sector and argued for developing and investing in green technology before such ideas were mainstream.

His doctorate focused on sustainability economics and his current research is looking at radical measures to reduce the environmental impact of society and the industrial economy.

Dr McManners has also written Adapt and Thrive: The Sustainable Revolution, Green Outcomes in the Real World, Corporate Strategy in the Age of Responsibility and Victim of Success: Civilisation at Risk.

The illustrator of his lest book is his son Thomas McManners.

• Face Up to Climate Change: Demand Change Now (£9.25) is published by Susta and will be available from Thursday.