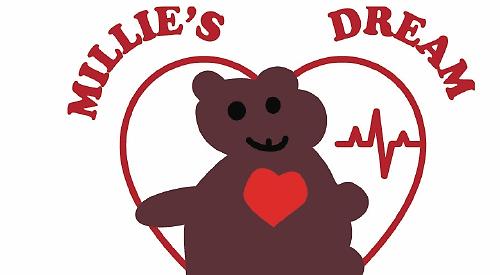 A GIRL who inspired a campaign to have defibrillators installed in Henley rushed to fetch one after an elderly man collapsed in a supermarket after a suspected heart attack.

Millie Roberts, 11, ran from Waitrose in Bell Street to the HSBC bank in Market Place to collect the life-saving device while her mother Sarah and other shoppers tried to resuscitate the 90-year-old.

They managed to get the man’s heart started again before paramedics arrived but he died later at the Royal Berkshire Hospital in Reading.

Millie, who lives with her mother in King’s Road, Henley, was diagnosed with a heart and lung condition in 2013, which prompted Miss Roberts to launch the Millie’s Dream appeal.

She aimed to raise enough money to install defibrillators at 10 schools in the area but the response was so great that she expanded the appeal and, to date, it has provided 60 devices at schools, businesses, sports clubs and community venues.

Miss Roberts was shopping with Millie at Waitrose on Friday afternoon when the man collapsed near the tills. She rushed over and helped Waitrose staff put the man in to the recovery position.

She and Millie then went to fetch the defibrillator from the bank.

Millie ran ahead but when she got to the defibrillator box she struggled with the handle when trying to open it even with the help of several other bystanders and had to wait until her mother caught up shortly afterwards. The pair then rushed back to the store where Annabel Garbett, an off-duty GP, and a midwife were administering CPR on the man.

They used the defibrillator and restarted his heart before the paramedics arrived and he was taken to hospital.

Miss Roberts said: “Millie and I were first on the scene. We were there resuscitating for half an hour and Millie herself ran to go and get the defibrillator. We were lucky to have the GP and midwife with us and the three of us were working on him. Everybody did what they could for this gentleman but unfortunately on this occasion it didn’t work.

“I was incredibly proud of Millie. She was very calm. I told her to run and she knew exactly where she was going but couldn’t open the box. Luckily, I was following behind.

“She was understandably a little bit frightened and had a lot of questions about whether she did the right thing. She’s very young to witness somebody collapsing but this kind of thing is happening all over the country on a daily basis.

“It was the first time a Millie’s Dream box has been used and it highlighted the areas where we need some help from professionals and manufacturers.

“The family were really grateful and the staff at Waitrose were incredibly supportive.”

A spokeswoman for South Central Ambulance Service said: “In situations of cardiac arrest starting treatment as early as possible can make a difference to a patient’s survival.

“Automated external defibrillators are simpler to use than ever before and can be used by anyone without any training. The great thing about them is that they will tell you exactly what to do and they won’t give a shock unless it is required so anyone can help save a life.”

The defibrillator at the bank was installed in 2014 as part of the appeal.

As a result of Friday’s incident, the twist handle is to be replaced with an easy-open handle.

It is one of 20 to be upgraded in this way and contractor Total Engineering will be converting the first six over the next month.

Miss Roberts, who plans to raise £1,000 to pay for the work, said: “I want to convert every box which has the old-fashioned design.

“We need to give people the confidence to open these boxes and use the defibrillator.”

She also plans to speak to managers at Waitrose and its parent company John Lewis about installing a defibrillator at the Henley store.

Miss Roberts explained: “Waitrose is not far from HSBC but by the time you’ve assessed the patients, started resuscitation and gone to get the defibrillator eight minutes have gone.

“John Lewis has an initiative to put defibrillators in stores, which is wonderful, but it would be even better to have one outside Waitrose.

“I want to say a massive thank-you to Waitrose staff and they are behind this initiative to get these in all stores.”

A spokeswoman for Waitrose said: “We were very sad to hear about the gentleman’s death and our thoughts are with him and his loved ones at this sad time.”