Boy, 12, dies after collision with van 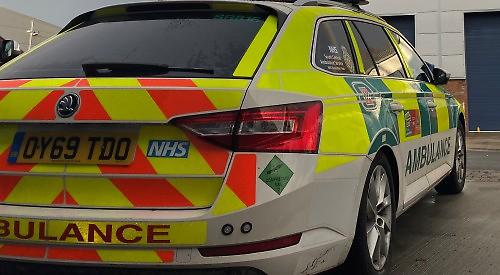 A BOY has died after he was involved in a collision with a van in Whitchurch Hill.

Paramedics and police were called to the B471 at around 12.39pm on Saturday (November 7).

The 12-year-old was heading towards Pangbourne when his bicycle collided with a white van, which was heading up Whitchurch Hill, towards Crays Pond.

The driver remained at the scene of the incident and no arrests have been made.

South Central Ambulance Service sent two rapid response vehicles, an ambulance and an air ambulance to the incident. The road was briefly closed while the area was made safe.

The boy was taken to the Major Trauma Centre at the John Radcliffe Hospital in Oxfordshire with life-threatening injuries, but he died on Monday.

His family are now being supported by specially trained officers and police have appealed for more information.

Sergeant Darren Brown, of the Serious Collision Investigation Unit, said: “Firstly, our thoughts are with the family and friends of the boy who has sadly died in this incident.

“At the time the boy was cycling with his father, if you think you saw them around this area we would like to speak you.

“We would also like to speak to anyone who saw the incident, or the white Volkswagen Crafter van, which was involved in the collision.

“This is a rural location, but we hope someone may have some information to assist with our investigation and may have seen something.

“If you have dash-cam footage or CCTV in the area, we would ask you check this and please share anything significant with us.