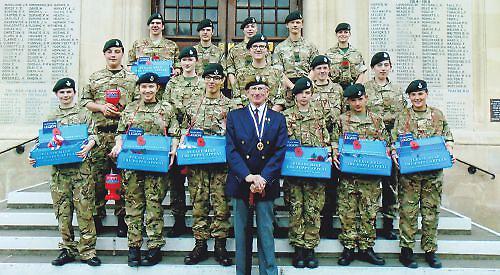 On Sunday, a contingent of the Henley detachment Oxfordshire (The Rifles) Army Cadet Force, under the command of 2nd Lt Thomas Fearn, spent the day collecting on behalf of the Royal British Legion.

This fund-raising event was planned to coincide with the national Armed Forces Day.

John Green, chairman of the Henley and Peppard branch of the Legion, addressed the unit prior to posing for this group photograph after which the keen collectors dispersed throughout the town