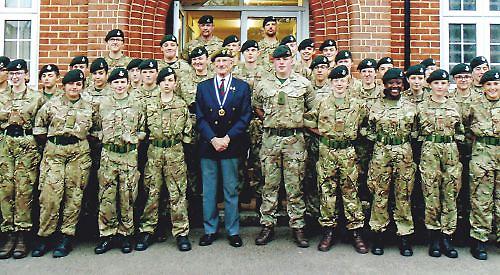 A contingent of the Henley detachment Oxfordshire (The Rifles) Army Cadet Force raised £750 for the Poppy Appeal with a collection in the town centre on Armed Forces Day.

The money was presented to John Green, chairman of the Henley and Peppard branch of the Royal British Legion, together with another £250 the cadets raised with a sponsored walk, at their drill night at the drill hall in Friday Street.

Mr Green said: “My congratulations to the cadets for their efforts and, of course, my thanks to the people of Henley for their generosity.”