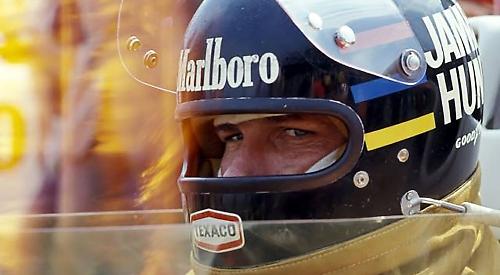 WITH this Sunday’s Australian Grand Prix set to mark the start of the 2017 Formula One season, motor racing fans in Henley can look a bit closer to home for a vivid reminder of one of the sport’s finest hours.

Next Thursday (March 30) sees the launch of a special photographic exhibition at the Old Fire Station Gallery in Upper Market Place.

Curated from the archives and original negatives of some of the leading motorsport photographers of the Sixties, Seventies and Eighties, Ignition will feature such icons of the racetrack as James Hunt, Niki Lauda, Ayrton Senna — and more.

The exhibition promises to capture the intense atmosphere of the track and the close relationships of the drivers, whose stories have captivated audiences and fans for decades.

Perhaps most notable are a set of rare and unseen images of the British racing driver James Hunt, who made history by winning the 1976 Formula One world championship.

Hunt died of a heart attack in June 1993, aged just 45, but recent years have seen him immortalised in Ron Howard’s 2013 film Rush, which documented his friendship and sporting rivalry with Niki Lauda.

Hunt’s son Freddie, 29, also a racing driver, is among those looking forward to the exhibition, which runs until Tuesday, April 4.

He said: “These incredible pictures bring the tangible drama of Formula One to a new audience. The danger, the glamour, the competitiveness and the camaraderie is all documented through the lens of the photographers.

“My dad was the embodiment of all these aspects of the sport, so it’s really wonderful to see new photographs which capture his focus, determination, and his famous friendship with Niki Lauda brought together in a new exhibition for a new generation of Formula One fans.”

Ignition will showcase the work of Stewart White and Richard Kelley — widely acclaimed as two of the finest photojournalists in motorsport history.

Both covered the historic 1976 world championship season, enjoying a level of access that bears little to no comparison with today’s strictly regimented but technically much safer Formula One racetracks.

As Stewart says: “The biggest difference about this era in Formula One was the danger and extreme risk these drivers were taking. This was a time when crashes and fatalities on the track were a regular occurrence and the feeling that anything could happen was as exciting as it was terrifying.

“It was the engineers of this period that really pioneered the development of Formula One car design and safety measures such as ground effect, which shaped the sport into what it is today.

“It was also so much more accessible. As a I was allowed access to almost all of the grids, pits and paddocks before and after the race.

“Likewise, the public were also able to access the cars and drivers in the paddocks. It was really a very special time for the sport where anyone could be a part of it.”

Having initially been apprenticed as a photography assistant in the mid-Fifties, the end of that decade saw Stewart set up on his own.

Now 79, he says: “I started working as a photographer in 1959, taking pictures of people, events and parties in London and then developing these negatives in my parents’ bathroom!

From here I started the industry-renowned photo agency, Monitor, and began my long career in photojournalism.

“I’ve always had an eye for people and using my camera to capture their story in a way that is instantly understandable to the viewer. Simple, clear and powerful photojournalism is where I’ve focused most of my career, which means I have photographed almost all areas of society, not solely Formula One.

“However, I have always been passionate about cars and used to often race at club rallies. So it was actually the technical and mechanical aspect of motorsport which interested me at first. This, combined with the drama, excitement and personalities within Formula One, has meant I’ve always loved photographing these events.  Formula One encapsulates everything that is great about photographing sport and combines it with the intricate personal stories and unique etiquette that is found in society’s  subcultures. It’s also one of the only sports where I felt there is a conscious knowledge that the photographs taken on the starting grids could be the drivers’ last. Which was concerning but at the same time intoxicating for me as a young photojournalist.”

Given such considerations, how did he get on with the stars of the sport?

“I’ve always had a great relationship with the drivers and they were always happy to be photographed. Even during the tense moments right before the start of a race we still had access to them. There was a level of trust which was given to photojournalists and was quite unique to that time. I don’t think you can get as close now as we did then.

“The relationship between a photographer and a driver is based on a delicate balance of trust. For example, I was allowed to photograph Graham Hill in hospital after breaking his leg in a crash in and was trusted by him and his family, but that doesn’t mean I would say we were friends.

“As a photographer, we were often there to document the lives, races and sometimes devastating crashes of these drivers, so there was always some level of professional distance maintained.”

With his ringside seat, how did Stewart view the relationship between drivers like Hunt and Lauda?

“Rivalry was standard within Formula One — it wasn’t just between Niki and James. Teams and drivers were all extremely competitive in equal measure, so there isn’t one particular moment that I was an eyewitness to that seems to measure up to the stories in Rush.

“I do think it’s important to understand that they were both, in fact, very close friends on and off the racetrack. These were highly competitive sportsmen and completely focused once the chequered flag had fallen, but the excitement and media interest around them always visible.

“James was a major British sporting celebrity and loved by the British fans, so his presence on the track would mean the crowd at Brands Hatch would go wild. This, along with his natural charm and ease in front of the camera, meant he was a favourite with the media too.

“Niki was the opposite end of the spectrum in his persona and the way he photographed. So together they were the perfect subjects for us photographers. Which in turn added fire to the news stories and created drama for the fans at home.”

Ignition is open daily at the Old Fire Station Gallery from to , with extended opening hours on Thursday (March 30), when an open-invitation drinks reception is being held from to .