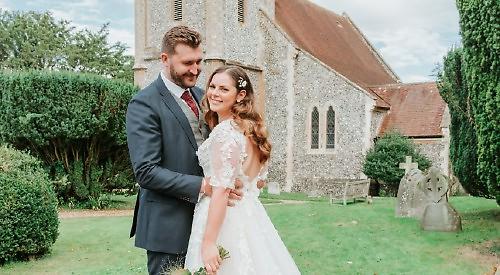 ANTONIA SOUTHWELL and Matthew Thomas were married at St Nicholas Church in Remenham on Friday, October 1.

The bride is the daughter of Caleb Southwell, from Aston, and Paula Grover, from Benson.

The groom is the son of Ian and Sylvia Thomas, from Stoke Row.

The service was conducted by Father Jeremy Tayler, the rector of Henley with Remenham.

The bride, who was given away by her father, wore a Madi Lane dress, altered by Kate’s Alterations in Didcot.

The bridesmaids were Katie Thomas and Lorelei Southwell.

The flowers were a mixture of
rustic and wild, provided by Blossom & Ivy.

The reception was held at The Manor of Hurst.

The couple will live in Aston.