Beaver leader steps down after 23 years with village colony 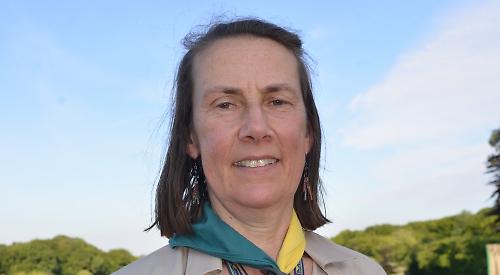 A BEAVER leader from Stoke Row has stood down from her role with the village’s group after 23 years.

Julia Barry, who has lived in the village for 33 years, joined Stoke Row 1st Beavers in 1994 when her eldest son Rupert was a member.

She was asked to become a leader as Trevor Gibbins, who was then the group leader, was standing down.

Mrs Barry said: “I really enjoy seeing children do some of the things that I used to do when I was growing up in an era where children had more freedom.  Beavers are very happy being away from modern technology, mobile phones, iPads and televisions.

“They love doing things like climbing trees, following nature trails, going for hikes in the dark, doing obstacle courses, making fires, cooking marshmallows and playing in woods in the dark with torches. These are just some of the things they may never do at home.”

Mrs Barry said she also enjoyed the annual family camps, when the children get their first experience of camping, adding: “It gives me particular pleasure whenever a Beaver achieves something they find hard for the first time.”

She said she enjoyed helping the children to learn new skills, especially ones they did not learn elsewhere. Mrs Barry said: “Beaver scouts is such a valuable and unique opportunity for the children as they learn to build up important social skills, how to look after themselves and others safely and they become more aware of the wider world round about them.

“We do have boundaries and rules and I encourage the children to abide by the golden rule: ‘Do to others what you want them to do to you’.”

Mrs Barry’s final session was on Wednesday last week at the recreation ground in the village where she gave out badges to the children. She said: “I shall certainly miss the Beavers, I love their natural honesty, enthusiasm, spontaneity and love of the simple things in life.

“I have got a huge amount of enjoyment and satisfaction of working with the Beavers over the last 23 years and also met some fantastic people but now is the right time for me to move on.”

Mrs Barry’s role will be taken on by Robin Salter, from Peppard, and Jenny Lowe, from Stoke Row.

“I am leaving the Beaver colony in the hands in a wonderful team of leaders and helpers who I am sure will get as much satisfaction from it as me,” Mrs Barry said.

“I strongly feel that everyone has something to offer this organisation and would encourage others to get in touch to learn more.”

Mr Gibbins, who lives in the village, said Mrs Barry had done a historic amount of work for the group.

He said: “She has been a fantastic leader and the longest serving since the group started in 1973. Nobody has done more than her in her 23 years of service.”