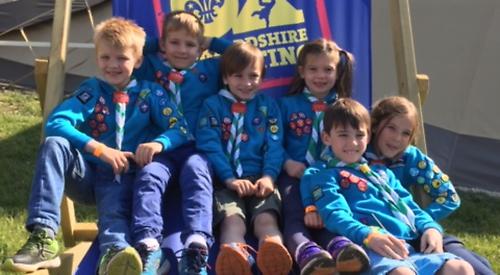 SIX members of the 1st Henley Scout group attended the Oxfordshire Scouting Awards Day at Youlbury to receive their chief scout bronze awards. This is the highest award in souting for beaver scouts, aged six to eight.

Daniel Sadler, beaver colony section leader, said: “The beavers have worked hard for two years on their badges and challenges. They have attended camps, taken part in hikes and gained leadership experience within the colony.

“The final work for the awards was undertaken at a two-day camp where they attempted a range of adventure activities including Abseiling, climbing and tomahawk throwing. The beavers were accompanied by their oud parents who have encouraged and supported them brilliantly.”

The award winners will now move up to cubs.