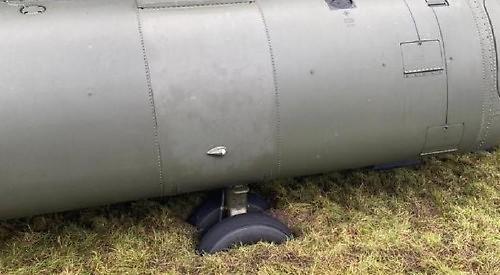 A CHINOOK helicopter from RAF Benson was stuck in mud for almost a week after having to make a precautionary landing.

The twin-engine aircraft from 28 Squadron was set down in a farmer’s field near Wantage on Tuesday last week following a mechanical issue.

But then the 12-tonne aircraft began to sink. Its wheels disappeared into the mud after wet weather had made the ground extremely soft. Engineers from the base were sent to the site to assess the mechanical problem, which was fixed. However, recovering the helicopter proved more problematic.

The base sent a team of specialist engineers to come up with a way to free the aircraft without damaging it in the process.

An RAF Benson spokeswoman said: “A number of options were considered and it was agreed that the best option would be to lift the aircraft on to a platform using cranes. The specialist teams worked together to prepare the ground, including laying more than 250ft of suitable trackway for the heavy lifting equipment.

“Once the equipment arrived, it was a swift process to prepare the aircraft to be moved and it was then lifted by two cranes on to the waiting platform.

“Given the muddy conditions and freezing weather, it was a challenging operation, particularly as we needed to ensure we didn’t damage the aircraft.” The Chinook was freed on Monday afternoon before being flown back to the base on Tuesday morning following checks. Personnel, including RAF reserves from 606 Squadron based at RAF Benson, had been guarding the aircraft.

The spokeswoman thanked the landowner for their understanding and support during the recovery operation and for showing “kindness” to those guarding the Chinook during the cold nights.