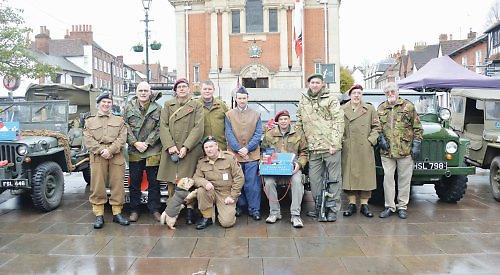 Members of the Berkshire and Oxfordshire branches of the Military Vehicles Trust brought their historic vehicles to be displayed in Falaise Square.

The owners wore period uniforms and chatted with passers-by while children were allowed inside the vehicles, which included a Willys , owned by David Thatcher, of Gainsborough Crescent, Henley, as well as a Humber from the Forties and a Morris Traveller from the Sixties.

Mr Thatcher said: “People showed a lot of interest and there was a lot of money collected.”