Town manager to stay despite cut in funding by district council 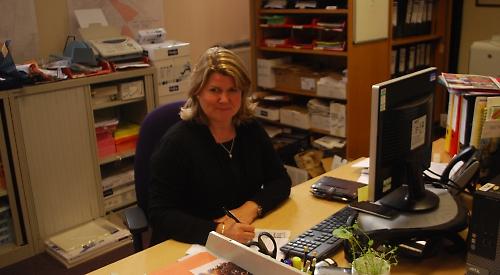 HENLEY’S town manager is to stay in post despite a cut in funding.

Helen Barnett, who has been in post since it was made full-time in September last year, will be paid £36,500 a year in the year from April 1 and will have a budget of £20,000 to spend if, as expected, town councillors agree.

Her salary is paid by the town council and South Oxfordshire District Council with the latter providing £11,000.

But the district council is now planning to withdraw its share and its contribution to the two equivalent roles in Thame and Wallingford, the two other market towns in the district.

However, the town council is expected to pay all of Ms Barnett’s salary but cut its contribution to her budget by £4,000, which will be paid by the district council instead.

Mrs Barnett, a marketing expert, said: “All the district market towns are having their budgets cut and are rallying to find additional funds to support the work done by town co-ordinators and managers. The work which is done at a local level is valued and cannot be done centrally by the district council so the individual town councils are all finding solutions in different ways to keep on these posts.

“Henley Town Council has been very supportive, for which I am grateful.”

Henley Mayor Kellie Hinton said the town council was happy to fill the salary gap because the town manager’s role was important.

She said: “We have been really fortunate to be able to get hold of someone like Helen. She has been a wonderful town manager and if you speak to retailers I think they’ll agree.

“She does a wonderful job across the whole town, not just the town centre, and shows why the role is important.”

Niki Schäfer, chairwoman of the Henley Business Partnership, said: “I think Helen is doing a fantastic job and I think the post should be full-time. It’s a full-time job to provide support to the town’s retailers with her expertise.

“We are fully behind the town council.”

The role of the town manager is to work with local authorities, businesses and community groups to attract more visitors and increase footfall in the town.

The position was previously known as town centre manager and was created by the district council in 2010 with equivalent roles in Wallingford and Thame, which were all part-time.

It was first held by branding and event management expert Oliver O’Dell but he stood down after 18 months following criticism from councillors.

Peter McConnell took over and stayed in the role until June 2015. He oversaw a grants scheme to help improve shop frontages and helped to bring wi-fi to the town centre.

The post was temporarily filled by Rachel Rae, from Wallingford, until April 2016 before Ms Barnett was appointed.

Mrs Barnett, 51, from Crowsley, previously spent 12 years as head of communications and marketing at the Bracknell Regeneration Partnership, a £240million project to transform the centre of the Berkshire town.

A district council spokeswoman said: “For seven years we have provided financial and in-kind support to Henley, Thame and Wallingford to deliver economic development projects, which included funding the posts of market town co-ordinators.

“The district council’s cabinet is proud of the work the co-ordinators have done but now believes that it would be more beneficial to widen our economic development support out to the rest of the district.

“A final decision on the town co-ordinators’ funding will be made in February.

“We would also be very supportive of the posts continuing within the relevant town councils.”