Let's Get Down to Business: Philip Booth 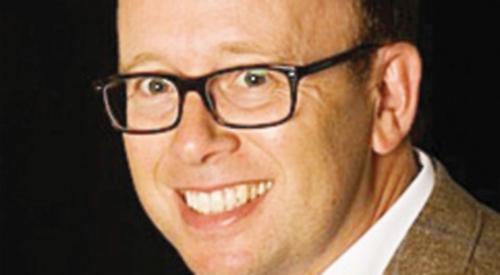 PHILIP BOOTH is a Henley estate agent with his own firm. His family moved to Henley when he was 11 and he attended Gillotts School and The Henley College. His first job was with Simmons & Lawrence and he was the Henley branch manager from 1995 to 2000. He then spent five years with Christie & Co in London. Philip lives with his wife Emma and her 11-year-old daughter and has two sons, aged 19 and 22, from his first marriage. He plays golf and real tennis and is a fan of Reading FC as well as being a member of the Henley Business Partnership.

I am an estate agent with 30 years’ experience offering personal service, steering clients through the whole process of buying and selling. The business is a hybrid estate agency because we don’t have a “bricks and mortar” presence. Our marketing is done on the internet and in relevant print publications.

I work with a virtual team of best-in-class providers, a freelance back-office function, local photographers and videographers and Lindsay McLoughlin, a part-time viewing assistant. Lindsay is well known to people in Henley from social media and the many networking events that she is involved with.

After returning to Henley from London, I worked for Simmons & Sons in Bell Street. It was there that I met Emma who was a client and is now my wife! I was recruited by Sotheby’s in 2012 to manage their new office in Hart Street but later they pulled out of the market and I became redundant. That’s when, with encouragement from friends and family, I decided to set up on my own.

When did you start your business and what was your objective?

I started it in 2014. I’m not sure I had a specific objective, it just seemed the ideal thing to do. I suppose I simply wanted to help clients in my own way.

Emma’s confidence in my ability played a big part.

Do you have a mentor?

I quite regularly discuss the business with my father-in-law, who was an officer in the RAF and then a BT executive and suggested the name Philip Booth Esq. He thought it would be a good way to establish my brand — and it seems to have worked!

What would you do differently if starting again?

Nothing. I started small and the business is still growing.

It has been a tough year in the housing market for everyone. We are a little down on completions compared with last year but the number of enquiries is significantly better.

Digitally, Rightmove and Zoopla are my major marketing tools. I regularly advertise in the Homes Weekly section of the Henley Standard. Networking is really important too and I attend the Henley Business Partnership’s monthly 3FM meetings. Recommendations are becoming an increasing source of enquiries.

Doing things my own way and being able to tailor my service to my clients’ needs.

Forecasting. The housing market is seasonal, volatile and driven by complex outside forces.

Where is your business heading?

To believe in myself. This is the best thing I’ve done and I receive such rewarding feedback from clients.

Have courage, build a plan and follow it through.

Not doing it sooner!

Being consistent and honest. Supporting my clients during what can be a very stressful time for them.

Stamina, belief in what you are doing and flexibility.

I have to be organised. Every day is different with lots of last-minute requests for meetings.

Smart casual — often chinos with a good shirt but no tie... and statement socks!

My Bremont watch, which I love.

Generally on the move.

I enjoy Simon Kernick’s crime thrillers. He also went to Gillotts School. I read the Times and the Henley Standard.

Emma and I often talk often about living in Cornwall one day but that’s quite some time away.

lets get down to business