Direct trains from Henley to London axed from autumn 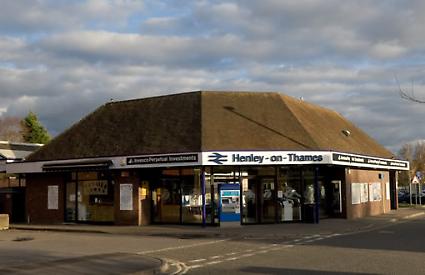 TWO direct trains between Henley and London are to be axed in the autumn.

From September 4, the 7.42am service from the town to Paddington and the 5.11pm return journey will be removed from Great Western Railways’ timetable.

Instead of the 7.42am train, which takes 45 minutes, there will be a new service leaving Henley at 7.38am requiring a change at Twyford, which will have a total journey time of 43 minutes.

However, no similar replacement is to be introduced in the evenings.

Not only is the 5.11pm direct train being scrapped, but so is the earlier 5.06pm service which, despite a change at Twyford, has a faster journey time of 37 minutes compared with an hour for the 5.11pm, which makes more stops along the way.

Instead, two indirect trains are being introduced at 4.25pm and 4.36pm. Both will take more than an hour and the latter requires two changes, one at Reading and a second at Twyford.

This leaves just two direct services between the capital. The 7.08am outward train, which arrives at 7.54am, and the 7.05pm return service, which takes 52 minutes, are unaffected.

The changes follow an earlier alteration to the timetable on May 21, in which the 6.10pm direct train from Paddington to Henley was scrapped. A half-hourly off-peak service was also introduced on the Henley branch line, replacing the old 45-minute shuttle service, which offers faster travel for Henley, Shiplake and Twyford residents but leaves Wargrave with only an hourly service during off-peak hours.

This prompted complaints from Wargrave residents who say it is often delayed, leaving passengers with little time to board connecting services.

It is understood that all direct trains are to be axed by the end of the year as the Great Western line between London and cities including Oxford is being electrified.

When this is completed, new high-speed electric units will operate on the line while the slower diesel carriages, which run on the Henley branch line and the direct London services, are expected to be taken out of action.

Neil Gunnell, of commuter group Henley Trains, said it could ultimately prove beneficial as long as branch line trains arrived in time to make connections and enough seats were available.

He said: “I suppose one question for Henley will be getting a seat at Twyford. We’re really lucky at the moment with the direct trains because we just get on and sit down. A connecting train at Twyford will have called at other stops like Reading so there’s potential for them to be quite busy.

“However, I think we have to stay positive. In the long term this is going to be a better-spread timetable and should ultimately lead to a more regular and reliable branch line service.

“This should ultimately be seen as a rejigging of the timetable and not a cut. We’re keeping an eye on these interim changes, and indeed checking that they are heading to a longer term plan which, when last seen some time ago, included an additional service in the morning rush hour to Twyford and beyond.

“I would ask people to bear with us while we do that in the background. Speculation is a fine guessing game but we’ll endeavour to determine what is actually happening.”

Patrick Fleming, of Henley Branch Users Group, said: “We’re keeping a very close eye on this and have been in discussions with GWR about it for some time. We’re very concerned about the potential loss of amenities.

“Our biggest concern is journey times and, at the moment, it looks as though the journey times in the morning are being preserved. GWR is promising to maintain its commitment to this but we don’t know what the next franchisee may think.”

Philip Meadowcroft, of Wargrave User Group, said: “This is what we’ve been fearing since the group was started. I don’t think the people of Henley will be very amused when they’re having to wait on cold nights at Twyford for trains where they might not get a seat. It could cause quite a ruckus.”