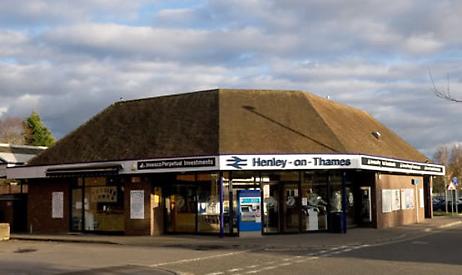 COMMUTERS from the Henley area faced delays and cancelled trains on the same day that fares rose by the biggest margin in five years.

On Tuesday three services to London Paddington from Twyford, which connects to the branch line serving Henley, Shiplake and Wargrave, were called off before 9am while eight others were delayed.

The cancellations, two of which were on “fast” trains to the capital, were blamed on train faults while other services were up to 11 minutes late.

In one instance, a train was overcrowded because the number of carriages was halved from eight to four. Only four out of 15 early morning services arrived on time.

Great Western Railway then announced the cancellation of 35 trains throughout the rest of the day due to a shortage of drivers, although staff were found to cover some gaps and only 14 services were actually scrapped.

These included the 4.43pm, 5.43pm and 6.24pm trains from Twyford to Paddington and the 4.28pm and 6.29pm journeys in the opposite direction. The disruption fell on the same day as a 3.6 per cent increase in regulated fares, the largest since 2013.

The rise, which is linked to July’s retail price index, means the cost of an annual standard-class season ticket from Henley to Paddington has increased from £3,683 to £3,808.

The hike also affects “anytime” and some off-peak fares, with travel from Henley branch line stops to London rising by about 50p.

Tuesday also marked the launch of a new timetable in which direct trains from Henley to London were scrapped.

GWR says the change will benefit most passengers using the line and services lost during the day have been replaced by extra trains in the evenings.

Patricia Mulcahy, chairwoman of Henley Branch Users’ Group, who commutes to the capital every day, was caught up in the chaos.

She said: “I departed at 7.05am on Tuesday and arrived at Twyford expecting a train to appear soon afterwards but it was cancelled and people were being told to wait for another that didn’t leave until almost 8am.

“Instead, I caught the train to Reading and jumped on a fast service to London which arrived at 8.08am, which is earlier than I’d have got there if I’d followed instructions.

“The trains coming home were also grim as a lot of services from Paddington missed their branch line connections, which people weren’t very happy with.

“We’d been told all the inconvenience in the run-up to Christmas would vanish and we’d have this wonderful new service but our first experience wasn’t good.

“Government policy is to pass the cost of travel on to the commuter rather than the general taxpayer, which wouldn’t be so bad if the service was satisfactory.

“It’s a disappointing start to 2018 and I’m hoping for better things in future.” Philip Meadowcroft, founder of the Wargrave User Group, said: “Anyone bound for an evening out in London would have been absolutely snookered.

“It seems Great Western Railway can’t launch anything without something going wrong and they’ve absolutely screwed it up this time.

“They can’t blame Network Rail this time as there aren’t leaves on the line, signal failures or anything of the kind. They haven’t recruited enough drivers and seem to have only just realised that, which does not bode well.

“A lot of people were left high and dry this week. I spoke to one doctor who had to cancel her first few morning appointments in London and a national newspaper journalist who is sick and tired of being late.

“If they can’t keep up a good service then as franchise holder they should be severely penalised by the Government.”

Mark Hopwood, managing director of GWR, apologised for the disruption and said it was partly down to a death on the line at Iver the previous night which took several trains and three drivers out of service. He has ordered all branch line services to wait five minutes longer for their main line connections and sent managers and “ambassadors” to Twyford to ensure that drivers comply. In the long term, the timetable could be altered to ensure a longer wait.

Mr Hopwood said: “Not all the issues are outside our control as there have been some teething issues with new crew diagrams which we are resolving and too many connections were missed on the evening peak last night.

“We have invested in the service to improve your journeys. Electrification of the main line to Paddington and the introduction of brand new Electrostar trains is a major step forward in comfort and capacity for our customers.

“I am confident that the new trains and revised timetable will do that.

“We also need to be quick to make changes where we can see things are not working. We did not get it right at Twyford on Tuesday evening. We will do in future.”

On Tuesday morning there were protests at 40 stations across the country, including Reading, where commuters were joined by Reading East MP Labour Matt Rodda.