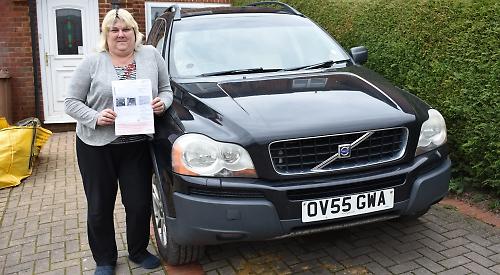 THE company responsible for enforcing parking at Townlands Memorial Hospital in Henley has been accused of terrorising patients in pursuit of fines.

More patients have contacted the Henley Standard to complain that they have been issued with unfair fines of up to £160.

They say that Smart Parking sent them letters threatening them with court action if they refuse to pay and in some cases their details have been passed on to debt collectors.

People visiting the hospital have to enter their registration details on a keypad at reception to receive free parking and there is meant to be a 20-minute grace period for those passing through or dropping off patients.

Wendy Reed, of Leaver Road, Henley, was issued with a ticket after visiting the hospital for a chest X-ray in February.

Mrs Reed, 50, a care assistant at the Thamesfield retirement village in Wargrave Road, said she was careful to enter her details correctly, only to receive a £60 penalty notice in the post two weeks later.

She said: “On entering the hospital, I even made a joke with the receptionist about entering my registration right as I knew a lot of people had been penalised for not doing so.

“I’m not brilliant with computers so I asked the lady on the desk to help me. I did what I was told.”

Mrs Reed appealed against the fine but this was rejected by the company and the amount has since gone up to £100.

She has also written to NHS Property Services, which is responsible for the hospital, and the independent Parking on Private Land Appeals service.

Meanwhile, she has refused to give a friend a lift to the hospital for fear she could be fined again. Mrs Reed said: “It’s just very unfair when you are going somewhere to have medical treatment.

“I understand the need for having a system in place to stop the car park being used for people who are shopping in the town but it shouldn’t be at the expense of genuine users of the hospital who for whatever reason need to go there.

“I do think you need something up there but not this, which is an absolute disgrace. Maybe a ticket that you have to get punched at reception or you get a £20 fine?”

Alastair Moncur was fined after visiting the hospital with his wife Valerie on March 23 to collect his hearing aids.

They parked in a disabled space, displaying their blue badge, and used a hoist on their car to unload Mr Moncur’s mobility scooter.

The couple, who live in Thames Street, Sonning, stayed at the hospital for about half an hour to test the hearing aids as they were leaving for a cruise the next day.

Two weeks later, they received a penalty notice in the post.

The couple have paid the fine to avoid any further trouble.

He said that some sort of parking enforcement was needed at the hospital but said Smart Parking used “intimidation tactics”.

Mr Moncur said: “The hospital should be interested in making sure there is parking for patients who need it. There are a lot of spaces for disabled people and only a few are ever occupied.

“The attitude of this company is, to me, shocking. If you don’t have any control it could get out of hand but this is beyond a happy medium. It’s nasty, terrorist tactics.”

Tom Wright, of Middle Springs, Goring, was issued with a ticket when visiting the hospital for an
X-ray in December.

He says the machine in reception was not working and staff told him not to worry but he then received a fine in the post two weeks later. Mr Wright, 75, said: “I’ve had nothing but trouble trying to rescind the fine and it has now gone up to £160.

“I’ve appealed it a few times and sent letters but they keep passing the buck from one to another. They’ve threatened to take me to court but I’m not paying on principle.

“I know they have to have some kind of control over people who are not patients but I think this is disgusting. They are like the Mafia trying to extort money out of pensioners.”

Rosalind Lindroth, from Tilehurst, Reading, was also fined after visiting the hospital and struggling to understand the system.

She said: “I had parked at Townlands for the first time in many years. I found a space and went into reception to ask them how to register the car.

“They were not very helpful at first as they were busy checking in patients but eventually pointed me in the direction of a big computer board which was not obviously signed and eventually helped me to sign in and told me it was free.”

Mrs Lindroth spent about half an hour at the appointment but was sent a fine in the post several days later which she appealed unsuccessfully.

She said she could have put in the registration of her other car but she had found the system “very complex” and the records would show that she was attending a legitimate appointment.

Mrs Lindroth said a member of staff at Smart Parking was “very rude and unprofessional” when she spoke to them.

She said: “They rejected my appeal immediately. I therefore decided I would try to phone them to speak to an actual person. This proved almost impossible as no one answered the phone on my first four attempts but finally I got through to a very unprofessional young woman who gabbled so quickly that I could not understand what she was saying.

“She got very irritated when I asked to speak to a supervisor. She refused to put me through to one, was very rude and shouted across me while I was speaking, finally slamming down the phone.”

Mrs Lindroth paid her fine before cancelling her cheque when she learned from reading the Henley Standard that she was one of many patients to be penalised unfairly.

Sally Smithson was fined after attending a consultant appointment at the hospital in January.

She immediately complained to Smart Parking to say she had been attending a legitimate appointment but received no reply and was then contacted by a debt recovery company to say that she now owed £160.

Mrs Smithson, 54, a company director who lives in Kingwood with her husband John, said: “It seemed so bizarre and unnecessary. We followed the procedures that the hospital gave us.

“We kept on getting letters that were more and more threatening. Needless to say, I’ve no intention of paying them a penny. It’s utterly disgraceful behaviour.

“It’s shameful on Smart Parking that their processes are so inept that they can’t check the hospital’s reception system to see that cars have been legitimately parked.

“It’s doubly shameful that they cannot be bothered to reply to or even acknowledge correspondence and the whole matter is compounded by involving a debt recovery firm on no justifiable basis.

“While I’ve no appetite for going to court, I would be delighted to rigorously defend any case against me should one be brought. It’s bad enough being ill and having to go to hospital without being penalised. It seemed so aggressive.”

Last year, the Henley Standard reported that at least seven people had been fined after using the one-way system at the hospital and being caught by CCTV cameras monitoring the car park.

Teresa Edwards and Liz Singer, who both live in King’s Road, received notices with timestamped photographs of their cars entering and leaving the site, suggesting they had spent up to four hours at a time in the car park.

But the women claimed that in fact the cameras failed to record them leaving the site, meaning that they were photographed again when they returned, so the system thought they had been in the car park the whole time.

An NHS Property Services spokesman said: “We needed control measures at the hospital because some motorists were abusing the free parking so patients and staff couldn’t find a space.

“Although spaces are now more readily available, we know the Smart Parking system has caused some inconvenience.

“Where we are aware that people have been wrongly issued with penalty notices we have taken action with Smart Parking to get them rescinded.

“We are reviewing car parking management to improve the experience for patients.”

Proceeds from the penalty notices are kept by Smart Parking, which provided the system and associated infrastructure to the hospital at no cost to the NHS.

Henley MP John Howell said: “I am pleased to say that NHS Property Services is working to try to improve the system.

“They have acknowledged that some patients have experienced inconvenience and distress and have interceded with Smart Parking where incorrect or harshly issued penalty notices have been given to get them rescinded.”

Smart Parking, which has already lost its contract at the neighbouring GP surgeries following dozens of complaints about unfair fines, does not respond to requests for comment.

• Have you been unfairly fined for parking at Townlands? Call Henley Standard reporter Jamie Presland on (01491) 419444 or email him at
jpresland@henleystandard.co.uk