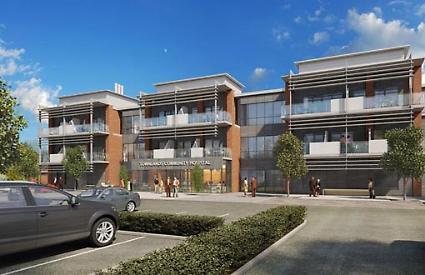 HEALTH chiefs are finally planning to revamp the controversial parking enforcement scheme at the Townlands Memorial Hospital in Henley.

It could result in patients and staff being allowed to use not only the hospital car park but also the one for the two neighbouring GP surgeries and a third one for the Chilterns Court care centre — and vice-versa.

However, the doctors say they will refuse to work with enforcement company Smart Parking again.

The move by NHS Property Services, which owns the site, is in response to scores of complaints by hospital visitors about unfair parking fines, highlighted by the Henley Standard’s Not Very Smart Parking campaign.

A meeting with all the stakeholders at the “health campus” off York Road is being arranged for next month at the request of the Oxfordshire Clinical Commissioning Group, which is responsible for services at the hospital.

An email from NHS Property Services service delivery manager Chris Hill, which the Henley Standard has seen, says the group “requested that we look at a health-campus wide approach to car parking to support our patients, visitors and staff more effectively.”

The car parks for the hospital and care centre are currently monitored by Smart Parking. But huge numbers of patients, many of them elderly, visitors and even health workers have complained about receiving unfair fines of up to £160.

Some have been threatened with bailiffs and court action if they refuse to pay.

In November, the company lost its contract with the surgeries after only a few months following numerous similar complaints and there have been calls, including one made by Henley MP John Howell, for NHS Property Services to sack the firm too.

People visiting the hospital have to enter their registration details on a keypad at reception to receive free parking and there is meant to be a 20-minute grace period for those passing through or dropping off patients.

Patients have complained about being fined despite correctly entering their details in the keypad. They also say the penalty notices don’t explain the exact reason for the fine and so are difficult to challenge.

They also say the grace period is not being recognised.

In addition, some nearby residents have been fined after driving through the hopsital site on their way to and from their homes.

The care home runs a separate scheme where approved vehicles are kept on a “white list” for staff and keypad for visitors.

The meeting would include representatives of NHS Property Services, the surgeries, the Orders of St John Care Trust, which runs the care home, healthcare providers Oxford Health and Healthshare and the Townlands Steering Group.

In a statement, NHS Property Services and the commissioning group said: “A meeting is being arranged between NHS and other partner organisations at Townlands to discuss solutions to the car parking issues.”

The organisations refused to say whether Smart Parking would be retained under any proposed changes.

More than 2,000 people signed a petition calling for the firm to be sacked before health chiefs served the company a 90-day notice.

In a joint statement, Sarah Moberly and Louise West, practice managers at the Hart and Bell surgeries, said the GPs “have no intention of getting involved with Smart Parking again”.

They added: “We only want what is best for our patients. Our primary objective is that patients who are unable to walk far can park close to the surgery when they need to access our services.”

Ian Reissmann, a town councillor who chairs the steering group, said: “For some months nothing has been changing and people have continued to be fined.

“Finally, there seems to have been some movement on the NHS’s side, which is welcome.

“The Henley Standard campaign must have proved to be too much for them to live with any longer.

“We look forward to trying to work with them to have a workable system on the site. It looks like a positive move and there’s light at the end of the tunnel.”

The meeting is due to be held at the hospital’s Maurice Tate room but will not be open to the public.