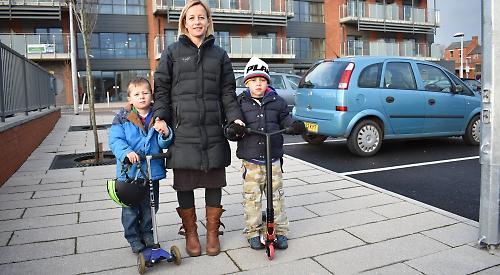 THE parking enforcement firm which has issued dozens of unfair fines to patients at Townlands Memorial Hospital in Henley is set to be axed.

Health Minister Stephen Barclay says NHS Property Services, which owns the site off York Road, is tendering for a new company to run all its car parks nationwide.

This is unlikely to be Smart Parking, which has faced repeated calls to be sacked from Townlands following complaints from patients, as highlighted by the Henley Standard’s Not Very Smart parking campaign.

In correspondence with Henley MP John Howell, Mr Barclay said the new contractor was due to be appointed next month and Townlands would be transferred to it “in due course”.

Health chiefs must give Smart Parking 90 days’ notice, meaning the company will continue enforcing parking at Townlands until December at the earliest.

The firm was fired from a similar arrangement at Aldershot Centre for Health in May and also lost its contract for enforcing the Henley GP surgeries on the Townlands complex following repeated complaints.

Scores of patients have been issued with parking fines of up to £160 for parking at the hospital despite following the rules. Some have been sent letters threatening them with court action if they refuse to pay.

Smart Parking uses automatic number plate recognition cameras to log vehicles entering and leaving the hospital car park. Visitors have to enter their car registration details using a keypad at reception to receive free parking and there is meant to be a 20-minute grace period for those passing through or dropping off patients.

Mr Barclay said: “NHS Property Services recognises that the overall performance of Smart Parking at the sites has not been satisfactory. It is therefore currently at an advanced stage of tendering for a single provider to manage its car parks going forward. This service will be paid for through a management fee which will be recharged to tenants net of any income generated from these sites.”

Mr Howell said: “This is good news and I am glad that the lobbying by patients and others, including myself and the Henley Standard, is having results.

“It’s a significant achievement to have got the intervention of the minister.

“I look forward to some tight performance indicators being imposed and the Townlands site being run in a way which respects the needs of the patient.

“I’d like to thank the Henley Standard for all the work we have done together — it has been quite effective.”

NHS Property Services promised to work with patient and community representatives on the new scheme.

It also said any income generated by fines would not be kept by the new provider, as has the case with Smart Parking scheme.

Tony Griffiths, head of facilities management special projects, said: “We would like to appoint the national provider before September and all our car parks that need some form of management, including Townlands Memorial Hospital, would, in time, be run by that provider.

“We will be working closely with the national provider to ensure the experience of using NHS Property Services car parks is focused around the needs of visitors.

“In Henley, we want to make the system easy to use so we’ll be asking local people, including patients, our NHS partners, John Howell and members of the Townlands Stakeholder Reference Group how they would like it to work.”

As a result of the complaints, NHS Property Services has been conducting weekly calls with Smart Parking to track, review and rescind parking notices.

It has agreed that where a patient has been issued with a fine because their details had not been entered using the kaypad, it would be rescinded provided they can prove they were attending for treatment or an appointment.

The hospital is also maintaining its own a log of complaints and appeals.

He said: “It’s clear that at Townlands and other sites there have been problems and I look forward to a scheme that treats patients fairly.

“The only way I would be happier was if this had happened sooner or Smart Parking was not brought in at all. They are not suitable for a site like Townlands.”

A spokesman for Smart Parking said: “Mr Howell should know that Smart Parking was originally engaged by the NHS to manage the car park at Townlands Hospital in order to tackle what were considered extreme levels of parking abuse that were preventing genuine patients from finding places to park.

“We introduced a state-of-the-art ANPR management system that monitors cars entering and exiting the car park.

“Users simply need to follow the terms and conditions of use which are displayed on numerous signs across the car park and we proud to say that levels of parking abuse have dropped significantly.

“Smart Parking are members of the British Parking Association and strictly follow its guidelines.”