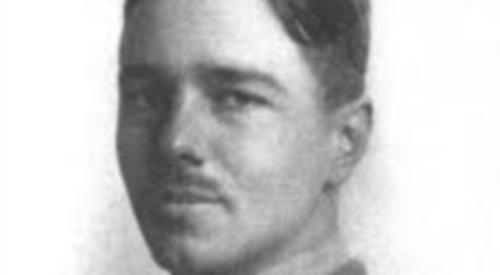 A PROJECT to honour the life of First World War poet and soldier Wilfred Owen has been launched.

The Dunsden Owen Association wants to raise £25,000 to install a stained glass window at All Saints’ Church in Dunsden.

Owen lived in the village from September 1911 until February 1913 and was a lay assistant to the vicar at the church.

He was just 25 when he died during the crossing of the Sambre-Oise Canal at Ors in France, a week before the signing of the Armistice in November 1918.

Owen is widely regarded as one of Britain’s greatest 20th century war poets.

The association, which was formed in 2013, has partnered with the Glaziers’ Company to deliver the project, along with the parish of Shiplake with Dunsden and Harpsden.

The design of the window will be the subject of the Stevens Competition, which is run by the Worshipful Company of Glaziers and Painters of Glass.

Six prize-winners will be announced in 2022 and then local residents will have the chance to choose the final design. The names of all donors will be commemorated in a special book to be kept in the church, while major donors will be invited to the unveiling.

John Bodman, co-chairman of the association, said: “In the words of Jeremy Paxman, ‘Those who did not return have their meticulously maintained stone memorials on the fields of Flanders but their memorial in our minds is largely built by Wilfred Owen’.

“I invite you to seriously consider this opportunity to contribute towards a culturally important project, which recognises Wilfred Owen’s time in Dunsden.

“The commemorative book of names will be a lasting tribute to your generosity. It will be there for future generations of your family and friends to view, alongside the magnificent stained glass window.”

Owen was drawn to Dunsden after noticing a sign advertising the job placed by the church rector while visiting his aunt in Sonning Common.

The family moved to the area and Owen’s father Tom, mother Harriet Susan and sister Mary are buried in the graveyard in Dunsden.

In 2014, the association was awarded £23,000 by the Heritage Lottery Fund to stage a series of events to mark the centenary of the start of the Great War.

The following year, a trail inspired by Owen was launched alongside a smartphone app, which used stories and recorded extracts of his letters.

In 2018, the association commemorated the centenary of the end of the war with a series of talks in Dunsden village hall.

Owen was 18 when he arrived in Dunsden but he was already finding his voice as a poet.

However, the misfortune and death of so many in the parish caused him to question his faith.

After leaving the area, he spent time teaching in France before being enlisted in the Artists Rifles. He was subsequently given the rank of Second Lieutenant in the Manchester Regiment.

He suffered severe shell shock when he was catapulted into the air by a mortar blast and lay unconscious for days.

Owen was sent to a hospital near Edinburgh to recover and met the poet Siegfried Sassoon, who acted as his mentor and published his poetry in the hospital magazine.

Owen was determined to return to service and was awarded the Military Cross. He is buried at Ors Communal Cemetery in northern France.

Rev Robert Thewsey, rector of Shiplake with Dundsen and Harpsden, said: “The influence of Wilfred Owen’s poetry has been unmatched among other chroniclers of the devastation caused by the First World War.

“Poets, playwrights and composers, such as Seamus Heaney and Benjamin Britten, continue to be inspired by his gift for profound and poignant empathy with the suffering of the ordinary soldier.

“I hope that this new window will delight visitors and worshippers at our church in Dunsden for many generations to come.”

To make a donation, send a cheque made payable to “Shiplake and Dunsden PCC” and referencing “Owen window” on the reverse to : ‘Owen Window’, Long Gardens, Sonning Eye, Reading RG4 6TR.

If you would prefer to do it via an online bank transfer, send your donation to account number 15112893 and sort code 40-38-04, including the same reference.