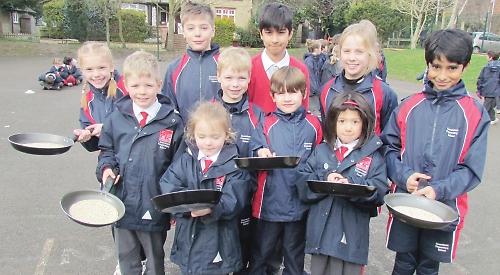 Children at Caversham Prep School took part in the school’s annual pancake race despite wind and showers. They assembled in their Houses, Loddon, Thames and Kennet, and with frying pans and pancakes to the ready, they were set for some competitive relay racing.

There was much excitement and laughter in the playground as the more adventurous pupils practised their pancake tossing skills with varying degrees of success!

The race was won by Thames house