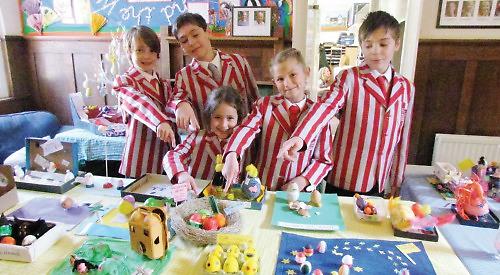 Pupils at Caversham Prep School took part in an Easter egg competition to mark the end of the spring term.

Their decorated eggs were displayed in the front hall. The children also enjoyed an Easter egg hunt in the school garden.

This was followed by a spring concert in which all the children took part, performing to a packed audience of parents. They played music, sang, danced and recited poetry. The finale was a traditional parade of Easter bonnets made by the infant children.