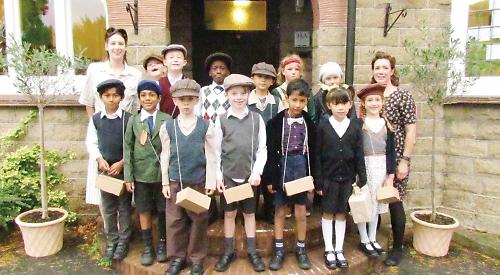 The year 3 children, who were dressed in period costume, travelled on the train from Alresford to Alton where they took part in themed workshops.

While waiting for the train, they heard air raid sirens and had to quickly don their home-made task masks.

In Alton, they were met by a billeting officer who assigned them to fictitious families with whom the “evacuees” would stay.

The children also spoke to a real-life evacuee, which brought the topic to life.