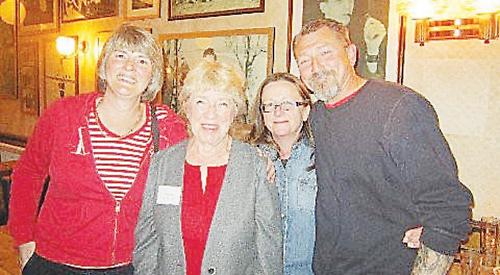 About 30 former teachers and students at Chiltern Edge School in Sonning Common attended a reunion at the Alto Lounge in Caversham. All were at the school between 1972 and 1991.

Vera Morris, a former headteacher, was contacted by several former pupils after promoting her novel, Some Particular Evil, which was published last year, on social media. Some of them wanted to meet up to talk about the book and buy a signed copy.

Mrs Morrris said: “One former pupil came from Holland with her husband, another from the coast and others from as far as Hungerford. A retired woman who I taught A-level biology to at Westwood Girls’ School joined in the craic! It was a wonderful evening. Having my crime novel published was fantastic but making contact with so many former pupils was something I never thought would happen. It was a happy night with so many friendships renewed and new ones forged.  We'll be repeating the evening when my next book in the series is published in November.”