Brave James is in the picture 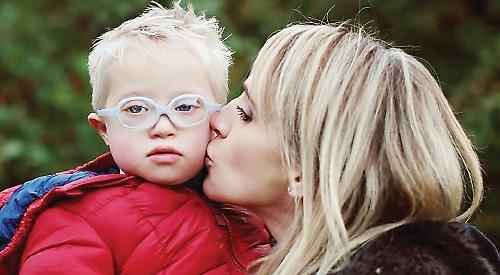 JAMES MARSH is enjoying his first days at school as he comes to the end of two years of cancer treatment.

The four-year-old, who was diagnosed with acute leukaemia in 2015, is excited about being with new friends as he has had to spend much of his young life in isolation.

One of his biggest thrills was having his photograph taken this week for the Henley Standard’s First Class supplement as he had missed an earlier class picture due to illness.

James is one of four children of John and Nicole Marsh, of Charlotte Close, Caversham, and is in his first term at Caversham Primary School, where his twin sisters Isabella and Finley, seven, also go and his little brother Adam, two, will follow.

Mrs Marsh said: “He was very excited about going to the primary school as he knows his sisters go there. We’re proud of him as he’s a bit cautious in new situations because of his experiences but he has embraced it.

“The staff have been great at helping him settle in and he’s become very attached to Shelley, the school tortoise.”

James was diagnosed after suddenly becoming unable to stand or walk due to pain and weakness in his legs. His parents initially assumed he had injured himself as he was a very active toddler but when the problem persisted for more than a day they took him to the casualty department at the Royal Berkshire Hospital in Reading.

Doctors carried out a blood test and confirmed within 24 hours that James had acute leukaemia, which originates in the bone marrow and causes the body to produce large numbers of immature white blood cells, damaging the immune system and preventing the body from fighting infection.

The next day he was rushed to the John Radcliffe Hospital in Oxford, which has a specialist cancer unit for children.

He immediately began a year-long course of chemotherapy which meant his parents had to take him to the hospital several times a week or a nurse would visit to give intravenous doses of various drugs to stop the cancer cells growing.

James had lumbar punctures to infuse the drugs into his spinal fluid and also had to take a chemotherapy pill which made him sick and caused his hair to fall out as well as steroids to reduce the side effects.

He also needed regular blood and platelet transfusions to maintain a high level of healthy cells.

James’s immunity was greatly reduced so when he picked had a cold or a stomach bug he had to go to hospital for antibiotics as he couldn’t fight them off by himself.

At the end of the year, his leukaemia was in remission and he was put on a year’s maintenance treatment with lower doses of the drugs. This finishes on December 5.

There will be no more tests when the treatment ends and the disease is not expected to return.

James’s hair has grown back and he has more energy and is less likely to be laid low by illness.

Mrs Marsh, who looks after the children while her husband works as an accountant, said it was a relief to see her son get better.

She said: “The diagnosis was obviously a massive blow – firstly because it’s cancer, but also because the treatment is so long and difficult.

“However, you just get on with it. There isn’t time to feel sorry for yourself and James has been brave and coped incredibly well. Children can be quite amazing in facing what’s thrown at them.

“James has had all kinds of chemotherapy and it has been quite a learning experience. There’s no one single drug as you might think but lots of different ones in different combinations.

“The first year is very intense and it affects the immune system so we had to be careful not to take him anywhere busy. He also couldn’t be around lots of other children so it’s lucky he had three siblings to keep him company.

“Although he didn’t fully appreciate what his illness meant, he knew he was sick and had to take his medicine to get better. He didn’t get too many illnesses but often had bad side-effects, though it never got to him.

“Sometimes he’d get angry but he realised it was like brushing your teeth – you don’t always want to do it, but you have to before getting on with the day.

“I wouldn’t want anyone to think it was complete misery. Even when he was feeling ill he was still happy, playing and going for walks outside.”

James still takes a chemotherapy pill every day but now only takes steroids during one week in four. He has a monthly intravenous infusion and a spinal infusion every three months.

Mrs Marsh said: “After the first year his bone marrow tests showed no signs of cancer. However, that doesn’t mean it has gone as you can’t check someone’s entire bloodstream and a single remaining cell could keep it going.

“That’s why he’s now on maintenance treatment but it would be obvious now if the symptoms started coming back. He doesn’t need the blood transfusions any more and was able to attend pre-school for a while.

“We still have to be careful with illnesses but he can go to school as long as parents know not to bring their children in if they’re sick, especially with chicken pox or a vomiting bug.

“There’s always a bit of concern, especially with winter coming, but we can’t keep him in a bubble and he has been relatively healthy so far.”

“He’s incredible brave, amazing and determined to get on with his life by enjoying every minute. He is loving school.”

When a Henley Standard photographer went to the school last week to take a reception class picture James was off sick and his mother had to take him to hospital.

Mrs Marsh then contacted us and we arranged with the school to have another picture taken with James in it.

She said: “I felt quite gutted that he’d missed out on the photo. It’s a milestone and everyone keeps those photos.

“When your child has experienced an illness like that, you want them to be involved with everything the other children are doing and have a record of it.

“Adam won’t really remember what happened over the past few years but it will show that his bigger brother could attend school and live a fun life.”