Mystery over death of rower in Bali road crash 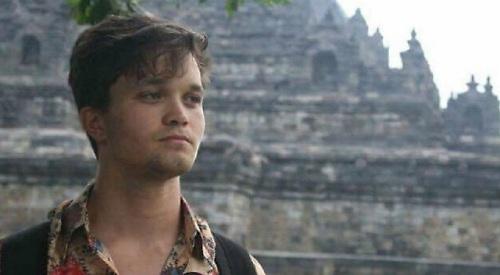 A FORMER member of Upper Thames Rowing Club in Henley was killed in a road accident while travelling in the Far East, an inquest heard.

Jack Camilleri, 20, of Mill Road, Caversham, died in hospital two days after crashing on a Honda motor scooter in Canggu, a village in Bali where he and a friend were staying.

It is thought he was on his way to the Echo Beach resort nearby when the accident happened at 12.30am on August 28 last year.

Police said he took the corner too quickly and collided with the kerb and then a bamboo pole but his family claim he could have been hit by an oncoming vehicle.

Mr Camilleri, former pupil of the Oratory School in Woodcote, suffered multiple internal injuries and was taken to hospital in Kuta, a 40-minute drive away, where he underwent surgery to check for internal bleeding.

Doctors found damage to his liver, part of which was removed.

Afterwards, he seemed to be recovering but his condition worsened on the night of August 29 and he died of multiple organ failure at 9.40am the following day.

The inquest at Reading town hall on Tuesday heard that the police report was unreliable as it was based on a witness statement but no efforts were made to check the witness’s identity or credibility.

His mother Emma, who flew to Bali as soon as she heard about the crash, initially believed he was struck by another vehicle turning across his path from the opposite direction.

In a written statement, she said that when her son was in hospital, he kept saying: “He didn’t f****** stop”. She commissioned an independent investigation by Robert Seston, a former police officer and forensics expert, who said there was no evidence of another party’s involvement but it couldn’t be ruled out.

He said there was too little evidence to be sure what had happened but pointed out that the right-hand bend was not particularly tight and should have been easy to negotiate, particularly as Mr Camilleri was an experienced motorcyclist.

He could have lost control after braking or swerving to avoid another vehicle, a pedestrian or an animal and may not have been speeding.

Suk Ghataura, a pathologist at the Royal Berkshire Hospital in Reading, who examined Mr Camilleri’s body after it was flown back to Britain, said his death was likely to have resulted from internal injuries, including to his lungs and heart.

He confirmed the liver surgery was correctly performed but expressed concern about the delay in operating.

He said: “You need to replace fluids as soon as you arrive… because until you intervene to stop the bleeding it will just continue. It rarely resolves by itself.”

Dr Ghataura said the Balinese authorities also did not check whether Mr Camilleri was under the influence of any substances. His family suggested that the hospital delayed treatment due to uncertainty about whether Mr Camilleri’s health insurer would reimburse them but Mr Bedford said there was no evidence to support this.

Delivering a verdict of death by road traffic collision, the coroner said: “Jack was travelling alone, a crash scene has been identified and I have a report from the police which is not entirely supported by the review documentation.

“Clearly Jack has crashed while on his moped and substantially impacted on something to the right side of his body, causing significant injuries.

“How that came about without a witness it’s impossible to say. The police make reference to a witness but there is no formal statement so I place no credibility in that.

“I pay a huge credit to the efforts Mrs Camilleri has made to uncover information about her son’s death. I am very sorry that we have had to meet in these circumstances and offer my condolences.”

Mr Camilleri was the Oratory’s captain of boats in 2014 and 2015  and rowed for Upper Thames in his gap year.

He went on to study at Oxford Brookes University, where he continued to row.

Last year his friends and family  raised £20,000 for a rowing boat in his memory.