New-look golf course on par with best in Europe 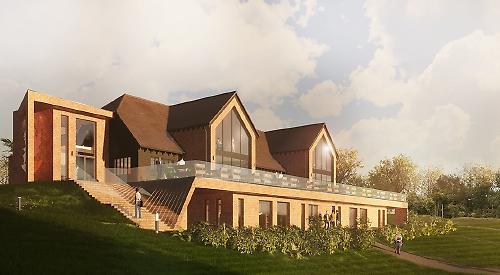 WHILE the possible development of homes at the former Reading Golf Club course in Emmer Green has caused controversy, the club’s new home is being transformed.

The club merged with Caversham Heath Golf Club in April last year to create The Caversham at the latter’s course in Mapledurham.

The move was prompted by declining membership at both clubs, a problem which has affected golf clubs nationwide.

The 250-acre course has been renovated and work to transform the old clubhouse will begin soon.

The £6.8 million investment is being funded by the planned construction of 223 homes at the former Reading Golf Club course, off Kidmore End Road, by developer Fairfax.

Reading Borough Council is due to decide whether to approve the plans after receiving an estimated 4,000 critical comments, which is believed to be a record for a single application.

Meanwhile, the course at The Caversham has been updated by Canadian architect Tom McBroom, who has been designing courses for the past 25 years in Europe, America, the Caribbean and, more recently, China.

Mr McBroom says his work combines an understanding of the history of the game of golf with a creative flair and vision and that his designs capture the character of the land on which they are built.

He applies this when crafting a new course or restoring “a weary masterpiece”.

Work at Mapledurham began in May 2019 and was largely completed by August last year. Some work, such as filling in the old bunkers on the course, continues.

There is a new driving range and a new six-hole course for players to improve their game.

Gary Stangoe, general manager of Reading Golf Club, who is now in charge of The Caversham, says: “Practice is so important and we want to provide our membership with state-of-the-art practice facilities.

“The six-hole practice course is built to United States Golf Association standards and will act as an academy course for members.

“It will really benefit members, particularly juniors and females. It’s built to the highest standards and you’ll be able to play there very quickly, which will increase learning and experience.

“We’re delighted with the new main course and it has been recognised as outstanding.

“There has been a subtle rerouting of the existing holes and the bunkering and there are a couple of new greens. This has made it more playable and more adaptable and added a bit of variety.

“It plays exceptionally well in the winter months due to being free-draining — we’ve increased the drainage and there are three new bunkers. The response from members has been amazing.”

The course has a combination tee system, which is unusual in Britain but common in America.

Different coloured tees mean players start at a different distance from the hole according to their ability. A board at the entrance to the course recommends a tee colour based on a player’s handicap.

Mr Stangoe explains: “Normally, the colours of the tee are gendered but we’ve changed it to become gender-neutral.

“There’s so much more we can offer now. We were restricted by the size of the old golf course, restricted in terms of holes and also noise concerns from local residents. There was very little way of improving the facilities.

“We’ve worked with the Golf Environment Organisation to improve the environmental standards as we made our changes. We wanted the course to be low maintenance and the design took that into account.

“We’ve created a meadow of old flowers around the circumference, which has been well received locally and is open as walking routes. Since June we’ve run off solar panels.

“We’ve invested in local companies and local contractors did the majority of the work on the course. We’re delighted to have been able to do that and it has been a real part of the success.

“It’s now a championship level course which could host the elite of professional events.”

The course will host next year’s English Girls’ Championships, which will be a six-day event with 144 competitors from around the world and their families attending.

Mr Stangoe said it would be the biggest event in the history of Reading Golf Club and would bring in a lot of extra spending in the area.

The club already has planning permission to refurbish the clubhouse. There will be a new health and wellbeing suite with treatment rooms, a yoga and Pilates studio and a golf fitness gym.

The club will also introduce a private dining and meeting room, a room to be used for hot desking and a new upstairs area in what is currently empty roof space.

“The jewel in the crown will be a beautiful, south-west facing, 37m long balcony overlooking the golf course.

“There will be seating for up to 120 people and it’s outside dining, which is so important at the moment. It will be one of the nicest views locally to have a dining area.”

He said the staff and members from the two clubs had merged well.

“We’ve retained employment for the staff of both courses,” said Mr Stangoe. “They are really supportive about the future of the club.

“Ninety per cent of the members from both clubs were there at the start on April 1. They’ve all been very positive about the changes.

“Our membership is now full but we have some opportunities in certain categories.

“The fact that we have been so busy is welcome. We’re now facing issues in terms of accommodating all the interest.”

Speaking about the old course in Emmer Green, Mr Stangoe said new green spaces would be created and open to the public.

He said: “The prospect of development has created a reaction, which is understandable.

“But less than 10 per cent of the land at the old site is to be built upon. The remaining land will be green and for the first time in 110 years it’s going to become accessible with a country park, allotments, walkways and cycleways.”