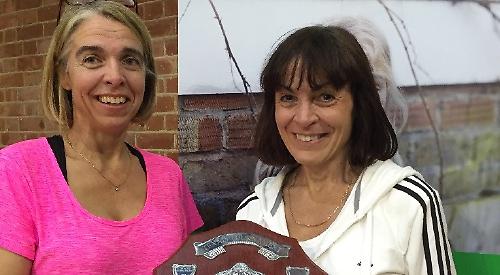 THE Henley branch of the NSPCC held a tennis tournament to raise funds for the Childline30 anniversary campaign.

The competition was won by Mandy Claridge and Judy King, who  received a shield and two super-sized chocolate tennis balls filled with truffles.

Following the tournament, a lunch was held at the Shiplake memorial hall.

The event raised about £3,000 and another £1,000 was donated from the performances of the Three Musketeers at the Kenton Theatre in Henley.

Childline counsellors are available for young people 24 hours a day, 365 days a year.

In 2014-15, there were nearly 300,000 counselling sessions carried out between young people and Childline.