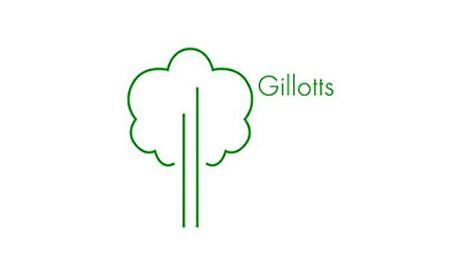 GILLOTTS School in Henley achieved the third-best GCSE results in Oxfordshire under a new attainment measure.

Last year’s results were the first to be measured under Progress 8, a new way for the Government to rank schools based on how their students’ attainment level improves from their first year.

Gillotts scored 0.4, compared with the national average of 0, as 80 per cent of pupils achieved at least five A* to C grades, including English and maths.

Headteacher Catharine Darnton said: “We are really pleased that we have done as well as we have. It means our results are 0.4 grades better then expected with the attainment the students came into the school with from primary school.

“Given how strong our primary schools are, that is a really special achievement. It’s a fantastic outcome and we are grateful for the hard work of all our staff and support of parents, without whom we could not do so much.”

Progress 8 is an accountability system for secondary schools which encourages them to teach a broad curriculum and rewards those that teach all pupils well. It measures the pupils’ progress across eight subjects.

Ms Darnton said: “All measures have their problems. It’s not perfect and there has been some criticism, particularly if students choose vocational qualifications as then you get better Progress 8 scores.”

Langtree School in Woodcote achieved a score of 0.36.

Headteacher Rick Holroyd said: “We were delighted by the results, which by some measures are the best the school has ever had.

“The Department for Education ranks schools against its 55 statistical neighbours or schools which have similar statistics for prior intake.  We were 11th this year and that puts us in the top 10 per cent nationally.

“I think Progress 8 is a good, sensible measure to look at the amount of value schools add to their students. It’s not sensible to evaluate school performance just on attainment.”

Heateacher Daniel Sadler said: “We were disappointed with our score. In the previous year we were one of the pilot schools for it and scored 0.12, so it was positive.

“Our maths and English results this year were not what we had hoped and that is used to make up 40 per cent of the measure. We also had a year group who, in terms of prior attainment, were significantly lower thn the national average. When you compare us to school with similar intakes across the country we were 36th out of 55.

“The measure itself is an improvement on what they used previously but it’s harder to get a positive score with less able students.”

“We are pretty much bang on average,” he said. “Icknield’s results have improved a lot over the last few years.”

Last year, 70 per cent of Icknield students achieved at least five A* to C grades in their GCSEs, including English and maths, up from 65 per cent in the previous year.

Mr Hunter said: “We expected our figure to be higher after the results we got in the summer. Progress 8 looks at all children rather than just those who get A* to C grades. It shows children who get D to F grades and have done really well. The system is not perfect — there are problems and there is still ‘gaming’ of the system with qualification selection.”

Piggott School in Wargrave scored 0.64, which was the best performance in Wokingham borough.

Headteacher Derren Grey said: “It’s a wonderful set of results and that’s down to the hard work of our students and staff. It puts us in the top three per cent in the country. In previous measures we were in the top 10 per cent so I would see it as an improvement on already outstanding performance.”

Highdown School in Emmer Green achieved a Progress 8 score of 0.03.