Boy in cooking competition final with pea and bacon pasty 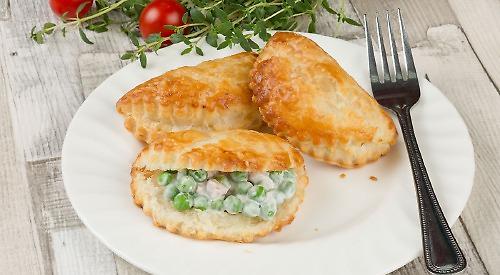 A SCHOOLBOY from Peppard has reached the final of a national cooking competition.

Ben Burton, 12, beat hundreds of entrants to reach the final of the young pea chef of the year contest for secondary school children.

The only condition of entry was the recipe had to contain peas and Ben’s puff pastry filled with a creamy bacon and pea sauce impressed a panel of judges, including TV chef Rachel Green. Ben, who goes to Chiltern Edge School in Sonning Common, was selected as one of five finalists.

He said: “I really like pasties, so I did some research to find recipes that would combine both peas and pasties. I then tried out some of the recipes at home to see which I liked the best.

“The one I chose is very tasty. It is creamy with minted peas and bacon inside with a nice crispy outer case.” Ben, who first started baking at home with his mother Naomi Martin, was encouraged to enter the contest by his food technology teacher Claire Ashley along with fellow pupils Freddy Jones, Jennifer Ellis, Isabelle Allnutt, George Cole and Isabelle Fulford-Perez.

He said: “I have always enjoyed baking. I started cooking with my mum when I was very little, making cakes and biscuits.

“As I got older, I started helping with dinners and then started cooking the odd meal.” To win, Ben needs to get the most votes on the competition’s Facebook page and if he succeeds, then his school will win £500 worth of cooking equipment.

Ben’s father Mark Burton said: “We are super proud of him. He has done amazingly well. It’s a shame we can’t taste all the food because it looks so good on the website.”