Adventure film festival zooms in on wild and remote regions 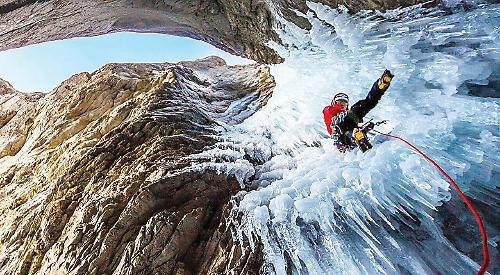 A TOURING film festival is coming to venues in Oxford, High Wycombe and Reading next month.

It is touring across the UK and Ireland until May 19 — with some venues getting more than one visit.

The Hexagon in Reading is one such. The Queens Walk theatre will host the festival’s first programme on Tuesday, February 27, and the second on Tuesday, April 17.

Before that, however, fans of the great outdoors have a chance to catch the festival the New Theatre Oxford on Wednesday, February 7, and the Wycombe Swan a week later on February 14.

Tour director Nell Teasdale said: “This is the first time we’ve topped 100 shows in the UK and Ireland, which is really exciting.

“UK and Irish audiences have a huge passion for adventure, so we’re delighted to be able to share these amazing films and their intrepid characters with wider audiences and even more venues.

“We guarantee the tour will inspire viewers to start planning their own outdoor adventures too.”

The tour’s films are chosen from hundreds of films entered into the prestigious Banff Mountain Film Festival, which takes place every year in the Canadian Rockies.

Each screening offers a real sense of community, bringing together outdoor enthusiasts who are into all sorts of outdoor pursuits, and there are free prize giveaways at every event too.

The film festival tour is part of the wider Banff World Tour, which travels the globe each year, visiting nearly 50 countries and reaching more than 400,000 people worldwide.

The film festival features a total of 16 films across the two programmes. Highlights include:

Yorkshireman Ben Page is embarking on a solo
bike-packing journey in the Canadian Arctic. He starts with romantic visions of perfect solitude but as the latitude increases and the mercury falls below -30C, he discovers what it truly means to travel alone in this great emptiness.

Into Twin Galaxies — a Greenland Epic

Top adventurers Ben Stookesberry, Sarah McNair-Landry and Erik Boomer are on an extreme mission in Greenland. Using kite skis, the trio tow their white-water kayaks 1,000km over the Greenland Ice Cap to reach the northernmost river ever paddled — and then the challenge gets even tougher. With spectacular cinematography, remote wilderness and a large amount of suffering, this film shows what it’s like to be far out of your comfort zone.

In the middle of the North Atlantic, the Faroe Islands are renowned for wild weather and swirling winds — not ideal when you’re perched on a wire between towering sea cliffs. This doesn’t deter four Dutch friends attempting to be the first people to highline in these desolate islands.

• For more information, including a complete list of dates, and to book tickets, visit www.banff-uk.com

Tickets for the New Theatre Oxford are available from the venue’s box office on George Street, by calling 0844 871 3020 or by visiting www.atgtickets.com/oxford