Film explores the downside of plastic 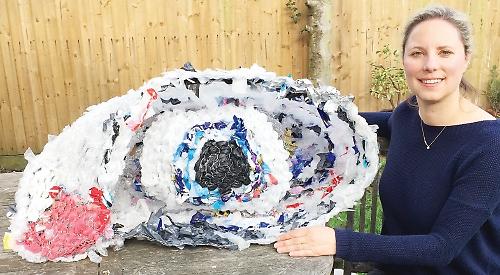 PLASTICS campaigner Julia Carey is inviting Henley Standard readers to attend a free screening of the documentary Bag It: Is Your Life Too Plastic?

The film, which has previously been shown at the town hall, follows “everyman” Jeb Berrier as he tries to make sense of our collective dependence on plastic bags.

With a number of “best of festival” and “audience choice” awards to its name, the film is being shown at the d:two centre in Upper Market Place on Thursday, February 22, at 7pm.

Recalling the first time she saw the film herself, Julia said: “I just thought it had a very powerful message and it’s an enjoyable documentary as well. It’s funny and it’s easy to watch. There are other documentaries out there but they’re kind of more ‘serious’ and sometimes they had a bit of a negative message. But I feel like this is quite an upbeat, easy to connect to film.”

There is no entry fee for the film screening but a collection may be taken.

To attend, email Julia at bagithenley@gmail.com