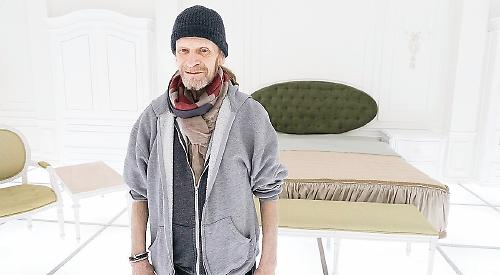 The legendary director, who died in March 1999, shortly before the release of his final film Eyes Wide Shut starring Tom Cruise and Nicole Kidman, was an undisputed visionary and a remorseless perfectionist.

Unlike so many of his fellow directors he never made the same film twice but his work was stamped with his unmistakeable signature style.

Everyone knows the name behind such cinematic landmarks as A Clockwork Orange, The Shining and Full Metal Jacket.

But who were the people Kubrick worked with who sat alongside the great man and not only kept up with his creative genius but helped inspire him?

It’s a rare individual who would give up a thriving acting career to toil in obscurity for someone else’s creative vision. Yet that’s exactly what Vitali did.

As a long-time admirer of Kubrick’s work it was the 24-year-old Vitali’s dream come true when he landed the role of Lord Bullingdon in the director’s 1975 film Barry Lyndon.

His performance was highly acclaimed and a wealth of film, television and stage offers flooded in — but they were not to be.

Enthralled by Kubrick’s
all-encompassing process of creation, the actor effectively sacrificed his career to take on the humble role of assistant to the master filmmaker.

For more than two decades, he played a crucial role behind the scenes, helping Kubrick make and maintain his seminal body of work.

Now Vitali’s own story is coming to the big screen — in the form of a 94-minute documentary showing at the Regal Picturehouse cinema at 8.30pm on Monday.

Directed by Tony Zierra, Filmworker enters the world of Leon Vitali and Stanley Kubrick from a unique perspective that highlights the nitty-gritty of the creative process.

The assistant’s candid, often funny and sometimes shocking experiences in the company of Kubrick are woven together with previously unseen photos, videos, letters, notebooks, and memos from his
private collection.

By experiencing Leon Vitali’s journey, we come to understand how the mundane gives rise to the magnificent as timeless filmmaking is brought to life at its most practical and profound level.

The Regal Picturehouse is currently showing some of Kubrick’s films as part of its Vintage Sundays series.

Spartacus is being shown at 1pm this Sunday, with a screening of Barry Lyndon scheduled for 6.15pm on June 24 and The Shining at 7.15pm on July 1.