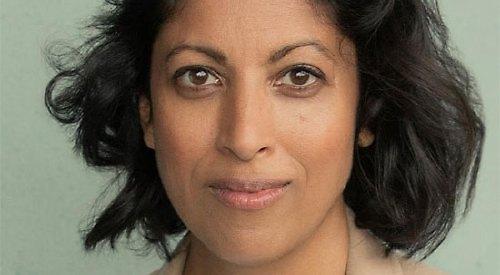 A FORMER Henley College student is fundraising to make a short film highlighting the plight of the UK’s army of unpaid carers.

Lizzie Worsdell is now a second year master’s student at London’s Raindance Film School, where for her final project she has joined forces with a team of industry professionals to make The Carer.

The aim is to shoot the 15-minute film at the end of March, with Lizzie in the role of producer.

But in order to do so she is first seeking to raise around £10,000 on crowdfunding website Indiegogo.

“We’re about halfway,” says Lizzie. “We’ve raised 55 per cent, so there’s still definitely a long way to go, but we’re pleased with how it has started.”

Amrita’s acting credits include Game of Thrones and ITV’s The Sister, while Priyanga recently appeared in the BBC and HBO co-production Industry.

As Lizzie makes clear, she and her colleagues are ambitious for the film’s prospects. “We’ll be submitting it to festivals and we’d obviously love to get it into BFI and Raindance and Sundance,” she says.

“We want to get it into BAFTA-qualifying and then ultimately Oscar-qualifying festivals. That would be the dream, to get those kinds of awards and recognition.”

Lizzie’s own background is mainly in acting. She attended the Sylvia Young Theatre School part-time as a child before being chosen to become a member of the National Youth Theatre.

She then trained for a year at the East 15 Acting School in Loughton, Essex, before winning a three-year degree scholarship to the American Academy of Dramatic Arts in Los Angeles. From there she was invited to become a member of the BAFTA newcomers programme.

Lizzie has continued to act, but recently decided that she wanted to get involved in other aspects of film-making.

“I just wanted to take a bit of control back,” she says. “You get a bit more freedom as a producer and you can choose the stories you’re telling rather than just kind of waiting for someone to give you something.”

With moments of dark comedy and heartbreaking sadness, The Carer tells the story of Lisa, a woman in her forties who has never truly left home. She is instead stuck in an endless cycle of cleaning and caring for her sick mother, Mary. The day on which we happen to meet her in the film is one that is proving even tougher than most.

With much of The Carer’s story having been inspired by real-life circumstances, the film-makers have a journalistic, almost documentary sense of mission.

“There’s such a strain on these unpaid carers at home,” says Lizzie. “Something that we’re all really passionate about is telling stories that aren’t normally told.

“It’s very real, very much ‘this is how life is’. But without it being depressing, you know? There’s dark, comic things in there, like in real life, but that in turn makes it quite sad as well. We’re all going to get old, so that’s something we can all relate to. And we’ve all looked after someone or something at some point.”

With the film fully prepped and ready to begin shooting once the funding is finalised, Lizzie is clear about her own role.

“I’m the fixer,” she says. “I’m the person at the top that gets all the elements together. I find the director, I find the writer, I find the crew. The money comes down to me as well. But we get all of that together and we get the film.”

For more information and to donate, visit www.indiegogo.com/
projects/the-carer-short-film