Inside the mind of a tortured genius 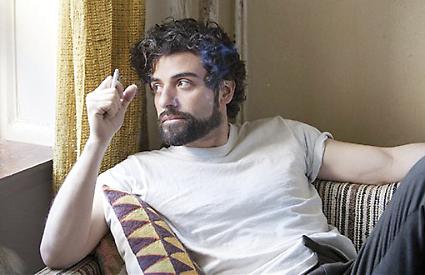 WHAT is that one elusive quality that makes one artist successful while his peers struggle to make it big? Talent? Self-belief? Or maybe just sheer luck? It’s an age-old question — impossible to answer — and hangs over this latest movie by the Coen brothers — fêted as their best work in years — like the gloomy, grey landscapes of its setting.

Llewyn Davis (Isaac) is a down-at-heel struggling folk singer who plays the Greenwich Village clubs of New York for pennies and dosses on people’s sofas. His singing partner has recently killed himself by jumping off a bridge.

The year is 1961, the very same year that Bob Dylan arrived in the city and was playing those same kind of folk clubs. But while it only took a year for Dylan to get his first recording contract, it never quite happens for our anti-hero. The story is a fictional one, but is based loosely on the memoir of Dave Van Ronk, The Mayor of MacDougal Street.

Davis is a tortured artist, the type whose self-loathing underlies his personality and pops up at opportune moments to spoil any chances of a leg-up he might get.

A well-to-do couple who like his music offer him a room in their home, but it’s not long before he’s fallen out of favour with them by embarrassing them in front of their friends.