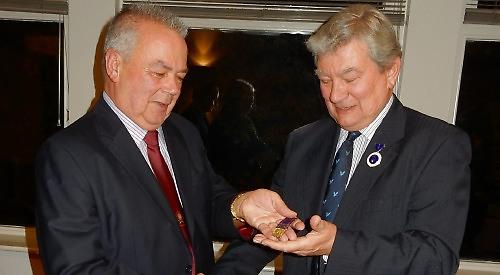 The guest of honour was Deputy Lieutenant of Oxfordshire Brigadier Ian Inshaw.

After a sumptuous meal, the prize-giving was preceded by Brig Inshaw presenting Chris Gibbs with the National Small-bore Rifle Association’s distinguished service award for his role as club secretary.

He was also able to report that the club had received news that morning that John Wetten, the club captain, had been awarded the association’s bronze award for his special services to target shooting.

The club is now well into the winter league season and is always happy to introduce new members to the sport of target shooting.