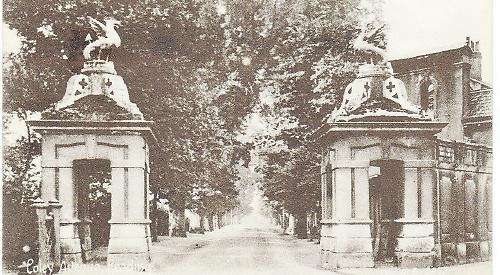 THE subject of the March talk was “Coley and Coley Park: an historical introduction”.

The speakers were Katie Amos and Mike Cooper who co-wrote a recent book about Coley’s history.

The origin for Coley’s name is Anglo-Saxon and it meant “charcoal clearing”.

The earliest mention of Coley (written as Colleia) is in the records of Reading Abbey for the year 1130.

However, traces of human settlement have been traced back even earlier to the Roman occupation of Britain: Roman coins and Anglo-Saxon pottery were discovered along the Holy Brook.

The early history of Coley is closely bound up with the Vachells, who were the pre-eminent family for more than 400 years. John Vachell purchased land there in 1309 and erected a house, Coley Park, on the banks of the Holy Brook.

Today, all that remains of the house is the stable block and dovecote, later to become Coley Park Farm and now converted to housing. Another remnant of their era are the almshouses in Castle Street.

In 1643, during the siege of Reading in the English Civil War, substantial defences were erected along the banks of the Holy Brook and at Bath Road.

Fragments are thought to remain in some of the back gardens around Field Road. The conflagration would result in the destruction of Coley Park and the house was not rebuilt until the early 1800s by John Berkeley Monck at a site on higher ground.

In the 19th century chalk mines, brickworks, a jam factory and a railway goods yard were among the new industries that would end the dominance of agriculture over the local economy.

By the 1880s the population had grown to 4,000 and many were crammed into the slum housing known as “courts”. These tottering structures would blight Coley well into the next century. In the 20th century urban growth would eclipse that of the previous century.

In 1955 Reading Borough Council bought most of the parkland around the house for £11,514 and by the late Sixties it was mostly built-up.

A prominent landmark would be the three blocks of 14-storey flats erected at Wensley Road in 1961.

At the time the weekly rent for a three-bedroom flat was two pounds, two shillings and two pence.

The subject of the next talk will be the Simonds family of Reading. The speaker will be Raymond Simonds. This will take place at Abbey Baptist Church, Abbey Square, Reading, on Wednesday, April 18 at 7.30pm. All are welcome (£2 to non-members).