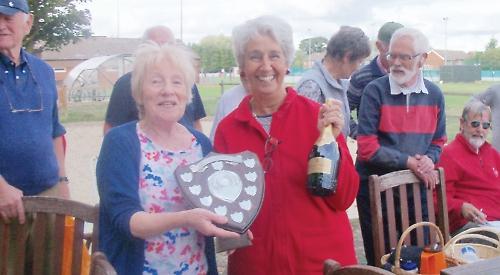 THE association held its annual petanque afternoon in Wallingford on Saturday, September 15.

The players competed for the Peter Lowery Memorial Shield at Wallingford Petanque Club’s “boulodrome”, which is part of the sports field in Hithercroft Road.

Twenty-one members and guests played, demonstrating levels of skill as wide ranging as the 70-year age gap between the youngest and oldest competitors. Age and skill in this sport do not seem to be correlated!

Notwithstanding that, experts and novices, young and old, seemed to have equally good fun. Anne Sandars emerged as the winner and was presented with the shield by Jean Lowery, who also gave out some bottles of wine as prizes.

This is not the first Sandars family success as Anne’s daughter was a winner in 2006.

The runner-up was Mike Lines with Lucy Willson in third.

The participants also enjoyed picnicking in the park.