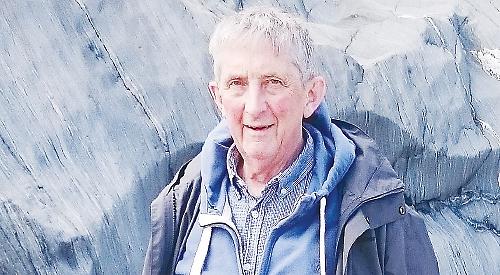 MORE than 2,000 children and young people were helped via one-to-one interventions by Henley youth and community project Nomad in the last year.

The group made a total of almost 5,000 interventions involving vulnerable youngsters in the 12 months to March 31.

The figures were revealed at the charity’s annual meeting held at the d:two Centre in Market Place, where it is based.

Nomad project manager Tim Prior said: “If you are on a low income and live in a wealthy town like Henley you are doubly disadvantaged.

“We don’t have to look very far for work. It could be anything from a phone conversation, delivering a food parcel or mentoring a pupil who is getting into trouble at school.

“Part of our job here at Nomad is to help people rediscover hope in their lives and look optimistically to the future.

“We want to influence these young people to make positive life choices and it can be really disheartening when they make bad choices.

“As a small local project, we try to make an impact where we can. The work is ever-growing and funding is ever harder to acquire.”

Mr Prior showed video interviews with some of the people who have been helped by Nomad as well as one showing the charity’s annual residential trip to the Querubi Camp in France.

Youngsters work on an olive farm as well as exploring the countryside and taking part in activities such as hiking and bouldering.

Mr Prior said that this year Willem Voorvaart, who runs the farm, had been so impressed with one member of the group that he invited him back for six weeks to help with the harvest and also helped him get a job in London.

Henley Baptist Church pastor Roger Cole, who chairs the trustees, said there had been changes at the charity’s base with the food bank being moved from the attic into an old sensory room. He said two new support workers, Jaco Bruwer and Angela Face, had been hired to replace Joe Millar, who moved away from the area after a year with Nomad.

Mr Prior snr managed the d:two Centre and supported his wife Sue at Nomad, which she helped found. She is now funding co-ordinator and a family support worker.

“It has rocked us here,” said Mr Cole. “We had a celebration of his life and this place was packed. It was amazing seeing all the people who were affected by Dave’s life. He was a dad to Nomad and we miss him greatly.”

Chris Ward, a member of the charity’s advisory board, said that fund-raising events would continue, including the Henley Heroes awards, which were launched last year, and sponsored bike rides and walks. He added: “If Nomad wasn’t here, within a year the people of Henley would know the difference.”

Fellow board member Clive Wilkinson, a trustee of the Thamesfield Youth Association, said that Nomad had been the biggest beneficiary of £200,000 worth of grants that were handed out after the sale of the old Henley Youth Centre site in Deanfield Avenue. He said: “They get real, tangible results and do make a difference to young people’s lives. Without them I really think the young people of Henley would be in a very precarious situation.”

Cynthia Hall, deputy Lord Lieutenant of Oxfordshire, said: “I can’t believe I’ve lived in Henley for 25 years and this is only the second time I’ve been to Nomad.

“In a way I’m the problem. For the first time I’ve read figures and local government documents about children and it’s the first time I’ve thought about what happens in the midst of our community. Groups like Nomad are needed and they need the support of people around them.”