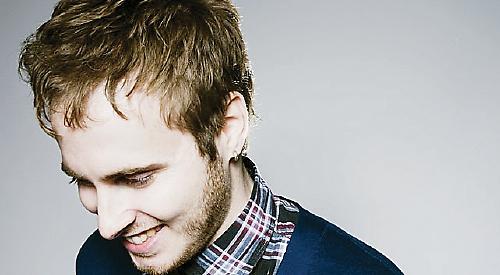 THE comedian Gareth Richards has only been to Henley once before — to watch his cousins row in the regatta.

Now 37, he was a pupil at Windsor Boys’ School at the time, but tomorrow night (Friday) he is headlining the Kenton Theatre’s third comedy night of the year.

The show, which starts at 8pm, will be compèred by Hayley Ellis with support from James Loveridge.

Hayley’s act was described by one online reviewer as “quick-witted”, “warm and engaging” and “a refreshing dissenting voice in the current female trend of twee patchwork niceties”.

Meanwhile, an Edinburgh reviewer, hailed James as having put on “undoubtedly the best free show I have seen at the Fringe”.

Tickets for tomorrow night are not free, but at £11 they are not far off.

Gareth’s material has previously been described as “exceptionally inspired” with “a delicious otherworldly quality”.

Perhaps this might have something to do with a slight bump on the head he received at the age of 14.

As Gareth explains, Windsor Boys’ School was one of the few state comprehensive schools in the country to do what he calls “proper rowing”.

Recalling his trip to the regatta, he says: “I was just watching because I had just moved to the school and while my cousins were like strapping leotarded rowers, I was a glasses-wearing wimp.”

As it turns out, though, the schoolboy Gareth did give rowing the old college try.

“I did rowing for a bit, right?” he laughs. “And quite early on I fell in.

Undaunted, Gareth continued to train. But his next rowing-related setback was to prove slightly more significant.

“I was getting into the rowing, so I was going along to the morning training. I’m not a morning person and as I was cycling to the training I rode out in front of a car on a big roundabout in Windsor.

“There are now signs going on to the roundabout that say ‘look out for cyclists’ and those signs were not there before me!

“It was a terrible accident but it was kind of miraculous — I broke a tooth and I cut my ankle, but apart from that was completely unhurt.

“I had a helmet on which saved my life — and the police asked if they could take it away to show people because it was broken in half.

“The car was completely written off. I went over the top of it and landed on my head — like, behind the car — but landed on the
helmet. The helmet split in half
— and I lived!”

The next day, Gareth recalls, he woke up in hospital and didn’t
know what had happened.
But today he is clear
about where the blame
for the accident lies.

“What I used to do
is I used to look to
see if the cars were
indicating to
know whether
I could pull out.
This was before
I drove myself,
obviously, and
then you know
that is not a
reliable way.

“And so when I
explained what had
happened, I said ‘Oh,
the car must not have
indicated.’ But then I was
telling the story in the
playground and one kid said
‘No, I saw it happen and you didn’t look at all — you just rode straight out in front of the car.’ ”

As it happens, Gareth will just miss this year’s royal regatta, which starts on Wednesday (June 28) and runs until Sunday, July 2, so rowing-related flashbacks are unlikely to feature in his Kenton set.

However, with the comic having previously released a mini-album of songs on iTunes, audience members can expect a musical number or two.

“I usually finish with a song in true showbusiness style,” says Gareth. “I have a weird electronic instrument from I think the early Noughties — it’s quite old technology now. It’s called a QChord, a Suzuki QChord.

“It’s sort of like an electric autoharp and it’s good on a number of levels because it looks quite ridiculous and I look quite funny playing it, I think, but then it can make quite a good sound because it kind of makes a beep and then a bassline and then you play by strumming the touch-sensitive         metal strips.

On a previous visit to his native Brum, Skinner famously played a mega-gig at the National Indoor Arena. But what is the biggest gig Gareth has played?

“I don’t know numbers exactly but I once played the Royal Albert Hall and that was an odd gig because, I mean, you get booked for all sorts of things and sometimes people don’t think through whether it’s a good idea. It all depends on who you’re supporting. This was, my agent had a call that they needed someone to support Engelbert Humperdinck.

“A famous musician. Did Please Release Me. But not necessarily my sort of thing, and I don’t think if you saw my act you would think, well, he’s the comedy Engelbert Humperdinck.

“If it’s a tricky gig you can often tell how well I think it’s going by how quickly I decide it’s time for a song! And I believe that at the end of Engelbert Humperdinck I went into songs quite quickly.

“There was a moment when I didn’t know how bad it was going to be because there was some laughter at the start and then that dwindled to nothing and then kind of angry murmuring.

So one of his biggest gigs in a way turned out to be one of his worst?

“It didn’t go well, but I think you’ll see how that wasn’t the ideal situation for comedy. It’s not particularly great advertising to talk about a gig that went badly, but on the other hand I think it is quite funny.”

Tickets for Comedy at the Kenton Part III can be booked by calling (01491) 575698 or visiting www.kentontheatre.co.uk

The box office at the theatre in New Street is open to callers in person from 11am to 3pm on weekdays, from 11am to 1pm on Saturdays, and for one hour prior to each performance for that show only.