Comedian sells out in an hour 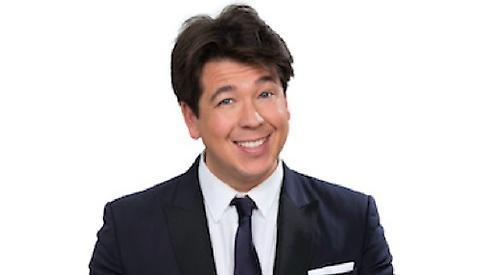 TICKETS to see comedian Michael McIntyre at the Kenton Theatre in Henley sold out in just over an hour.

Half of the 240 seats at the New Street venue were sold online and were gone in less than a minute.

The remaining tickets were made available through the New Street box office on Monday morning.

McIntyre will be trying out new material for his latest arena tour when he appears on stage on Monday at 8pm.

There will be a support act of 30 minutes before a short interval followed by McIntyre performing for about an hour.

He last performed at the Kenton as a rehearsal for his Happy & Glorious arena tour in 2015 when the tickets sold out in 30 seconds.

Theatre manager Simon Spearing said: “I’m really chuffed that he wanted to come back to the Kenton. It is a great thing for us and the audience.

“Normally, if you go to see him it would be in a stadium or an arena with thousands of other people.

“Getting to see him at the Kenton is probably as close as you will ever get to him.

“It is something we have been hoping for over the last few weeks but we only received confirmation that he wanted to come on the Friday and tickets went on sale two days later.

“It all happened very quickly but when someone of his stature is coming to town the tickets are always going to sell fast.

“It was a predictable outcome and we were expecting heavy traffic on our website. We kept half of the tickets back so that people who are less comfortable booking online had a fair chance and they could phone up or drop in at the box office.”

Tickets cost £26 each and were limited to four per household.

Buyers will be able to collect their tickets from the theatre on the night.

There is a waiting list of about 40 people for show.

Mr Spearing said: “I would encourage people to get on the list. Even if you feel like you are a long way down you could get lucky.

“This is not the only work in progress show he is doing and there will be others.

“I can’t say if there will be more at the Kenton. The last time he came he was back after a few weeks.”